Some time ago I started seriously broaching my addiction problem on this site. I had made it a point to go to weekly sessions and speak openly about the special places in Italy where said addiction can be fueled. I spilled the beans (no pun intended) on Torino here. Then I told of the temptations in Modica here. I let time and work get in the way of rehab, but today I return to my Chocolate Dependency podium and I will tell you a little about Napoli, the most beautiful city in the world.

Specifically, I will indiscreetly reveal secret information about a sinful place called Gay-Odin. I have a long-standing relationship with the products sold within. I have spent more than I could afford in that joint. I have made up excuses for arriving late at work, so I could sample some of their fares early in the morning, as soon as the pusher opened shop. I lived in Napoli for 2 and a half years and during that time, Gay-Odin had become my obsession. 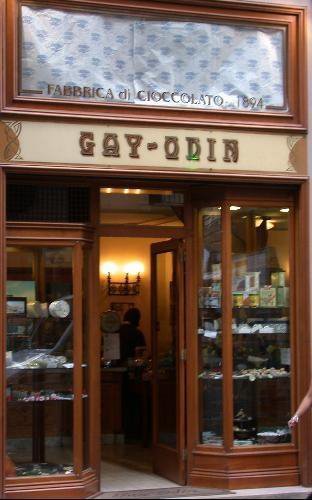 If you've visited Napoli and along with authentic pizza and seafood fare, you have not yet tasted this exquisite chocolate brand, please repair.

The Art Nuveau wood-paneled windows of Gay-Odin chocolatier boutique only allow you to glimpse at the wonders stored inside. Gay-Odin is Neapolitan history in a box of chocolates. If you could travel back in time and found yourself strolling down Napoli's elegant Via Chiaja during the late 1800s, the aroma in the air would be the first thing to strike you as unusual. The unexpected fragrance of chocolate spreading to alleys, fashion boutiques, cafes and tailor shops would guide you to Isidoro's little workshop tucked away in a small courtyard.

It is thanks to the penetrating smell of his chocolate creations that Gay-Odin's history begins, it was in fact the inviting aroma that attracted a growing clientele to his tiny shop. Mostly the socialite Neapolitan glitterati, customers adopting the fashionable habit of buying chocolates at midday, when the smell of production was at its peak. Isidoro's fame grew to the point where in 1922 he was able to open his own manufacturing plant in the heart of the city: five storeys of pleasure, in the rich high class section of town. That same plant is in full function to this day, you can visit the Gay-Odin website for a virtual back in time visit of the master chocolatier's heritage. Further impulse to the growth of business was the marriage to Onorina Gay: the name Gay-Odin is born, shops multiply in town, but the couple continues to work on the artisanal path of chocolate-making. That resist to this day. Trademark products include "naked" unwrapped pralines of all kinds sold by weight, Foresta, a Gay-Odin creation that is a flaky bar of rich chocolate that resembles rough and twisty tree bark (very similar to the British Cadbury Flake bar). The assortment of other chocolate shapes and variations include Tarallini, donut-shaped and filled with Strega liquer, Noci, walnut shaped and enclosed in a wafer-like casing and Ostriche, oyster-shaped and filled with a cream mousse. When I travel to Napoli, I always stock up on Gay-Odin's dark chocolate shot glasses for drinking liqueur and zesty limoncello, the signature pralines, truffles, tablets and block confections, an endless array of lustful bite size morsels of bliss in my otherwise empty suitcase. 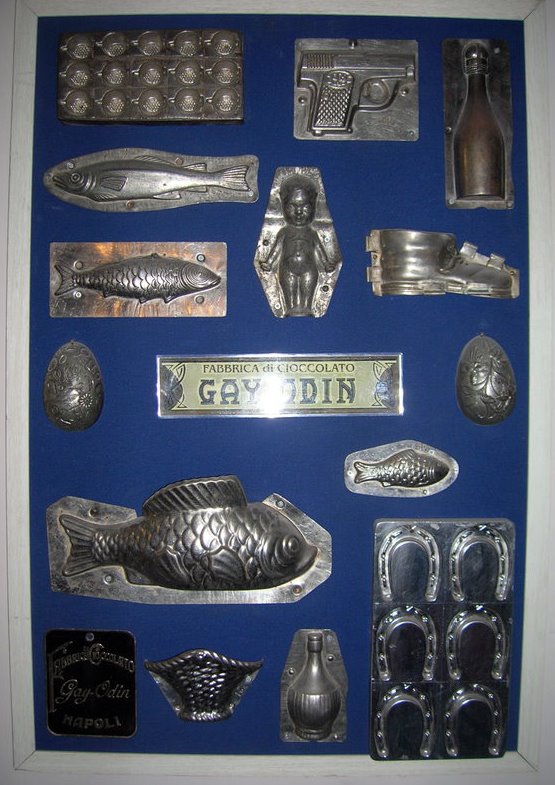 Some of the molds used in the chocolate factory... 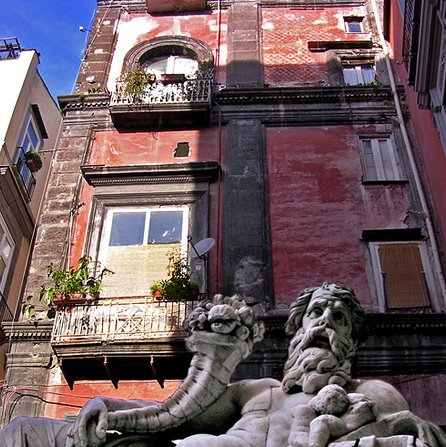 During holiday season, Neapolitan families stock up on boxes of Gay-Odin goodness to distribute to friends and relatives and in the summer, gelato flavors based on their chocolate concoctions take center stage. Though foresta bark is quite delectable, I like the Vesuvio the best. Imagine a solid block of chocolate in the shape of the Mt. Vesuvius volcano, sometimes taking on mammoth proportions... 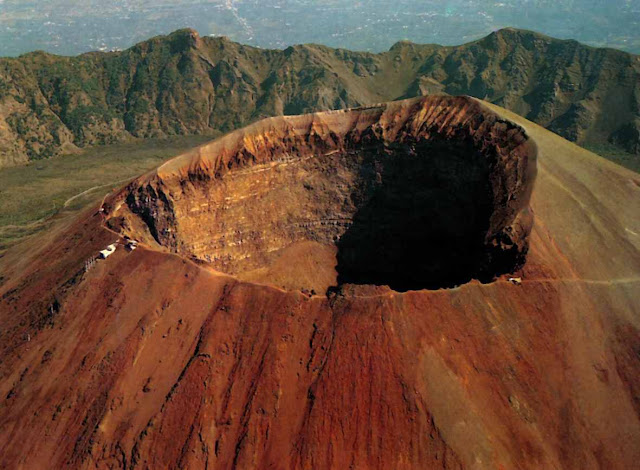 Aerial view of the real thing

In defense of my drug problem, as a last attempt, I can suggest a few positive aspects of chocolate. It is not all bad skin and extra kilos around the midriff. Romantic lore in fact commonly identifies chocolate as an aphrodisiac. The famed sexual inspiring properties of chocolate are most often associated with the simple sensual pleasure of its consumption. It’s a fact that chocolate’s sweet and fatty nature stimulates the hypothalamus, inducing pleasureable sensations as well as affecting natural levels of cheer and serotonin. Chocolate is in effect a legal psychoactive drug, your honor. 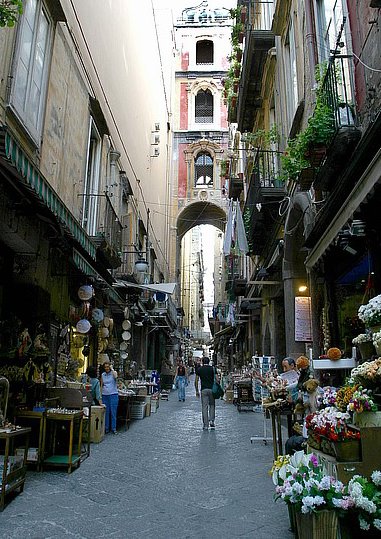 The city of Naples welcomed me with open arms during my time there. I overdosed on sunshine, awesome seafood, singing fishermen sailing the bay below my terrace, glimmering blue waters, trascendental pizza, gorgeous sunsets, passionate love and Gay-Odin. Despite what it did to my weight, I will forever be grateful to la mia bella Napoli... 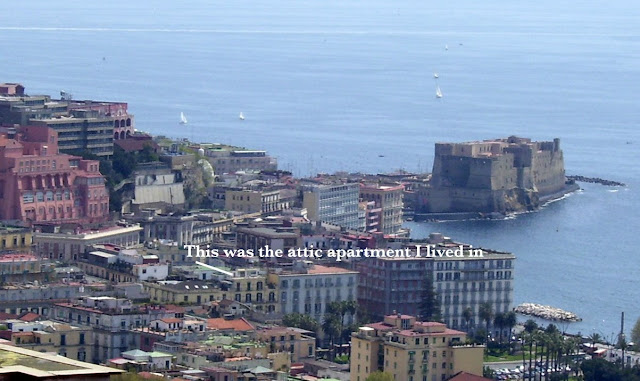