The stunning island of Sardinia bears the marks of outsiders, from Phoenicians, Carthaginians and Romans to the seamen of Genoa, Pisa, and the Savoys who proclaimed the Kingdom of Sardegna. But Spaniards, who ruled for centuries before, lent the most pronounced accents to the language, food and wines. As a sum of all these influences, the cooking of Sardegna still remains as eccentric as the nuraghe, the prehistoric stone towers whose origins are still a rocky enigma.

Sardegna folks consume interesting quantities of dried pasta, in the familiar forms of spaghetti and maccheroni, though they also make the singular ravioli-like Culurgiones, toss Fregula buttons in their soups, and roll homemade semolina gnocchi called malloreddus, commonly described as the region’s most typical dish.

Here's the recipe to make them from scratch. Otherwise you can purchase them here.

Mound the semolina and poke a hole in the top. Pour in the water, salt, and saffron in the crater, and using a fork, beat them together. Now begin to incorporate the semolina, starting with the inner rim of the volcano. When half of the semolina is incorporated, the dough will begin to come together. OK, now start kneading the dough, using the palms of your hands, mostly.

Discard any stray dried bits of dough and continue kneading for 10 more minutes, dusting the work surface with more flour if necessary. The dough should feel springy and a little bit sticky. Cover the dough with a clean cloth and allow to rest in a dusted bowl for 30 minutes at room temperature before using.

Cut the pasta into 4 parts. Roll each into a 1-inch snake, and cut into bolt-sized nuggets. Roll each piece on this tool, or down the back of a fork with your thumb to give it the characteristic ridges, and set aside on a floured surface until ready to cook.


Film a large skillet with a thread of olive oil, and lightly brown the sausage, when evenly colored, add the onion, and simmer over a low flame until translucent.

In a bowl, steep the chopped wild fennel in 1/4 cup olive oil and set aside.

When the onion and sausage have married, add the canned tomatoes and cook over mild heat for 45 minutes, stirring occasionally: do this for the pleasure of fogging up your glasses and inhaling the aroma. As every passionate cook knows, when you cook with love and pleasure, flavor and final outcome profit.

Bring a large pot of lightly salted water to a rolling boil, cook your homemade malloreddus, and drain quite al dente.
Drop the cooked pasta into the pan with the tomatoes, mixing well until well coated.
Stir in the fennel marinade, and simmer over vivacious heat for another 3-4 minutes.
Sprinkle 3 handfuls of grated cheese, and stir some more. Serve straight from the cooking pan onto hot plates, dusted with more grated Pecorino or Fiore Sardo, and a large smile on your face.
Pubblicato da Eleonora Baldwin 13 comments:

The first thing to know before making this genius antipasto staple and its creative variations is how to pronounce its name correctly. 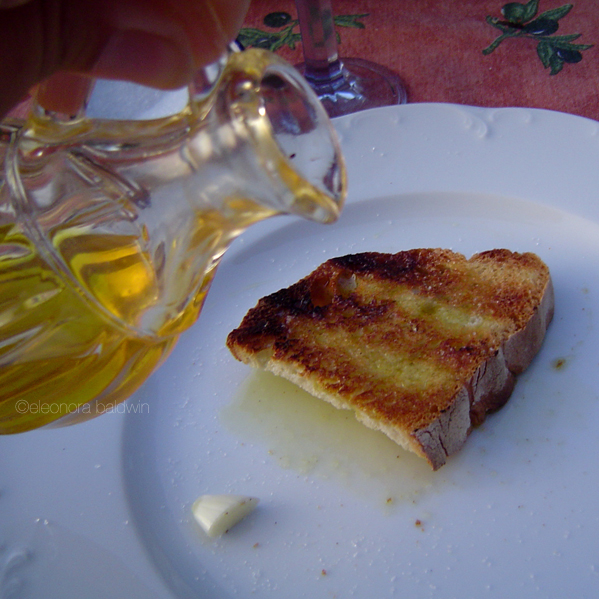 In Tuscany, bruschetta is more commonly called fettunta, a contraction of two words (fetta unta) meaning oiled slice. When olives are taken to the local frantoio mill for pressing in late November, the growers typically take some country casereccio bread with them. There is usually a small fireplace burning in the corner of the pressing room, and when the fragrant liquid gold emerges from the press spout, the grower toasts a bit of the bread on the fire to sample the oil.

The meaning of the noun bruschetta has changed so that now some use the word bruschetta incorrectly to refer to the topping instead of the dish. Many grocery store chains worldwide sell bottled bruschetta, which is simply a mix of tomatoes, onion, garlic and oregano, usually cooked! 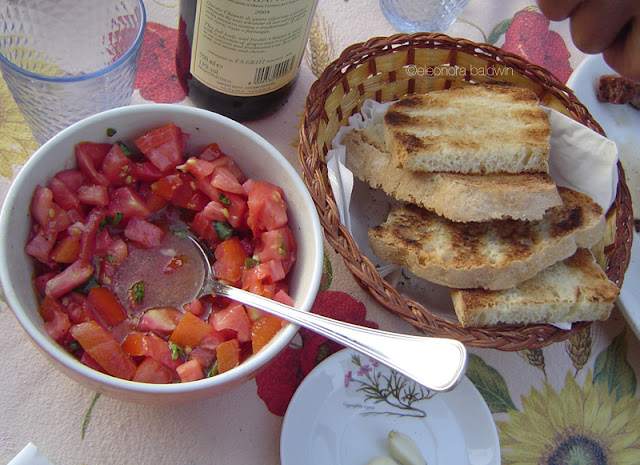 For original "red" bruschetta, only fresh tomatoes are used and never a sauce. And allow me to say this one more time, we Italians limit the use of oregano to few special dishes: common pizza toppings, Costata alla Pizzaiola and very few other applications. Any other use is a distortion of Italian flavor and a cliché.

All this said, here's my way of making delicious messy slabs of heaven.

For authentic bruschetta you will need:

The term bruschetta comes from the word bruscare, which means to toast on the fire. So this is a procedure to be carried out on any red-hot surface, be it a barbecue grill, a wood burning oven or fireplace. Pop in a tosater if all else fails. The important thing is the degree of crunch. 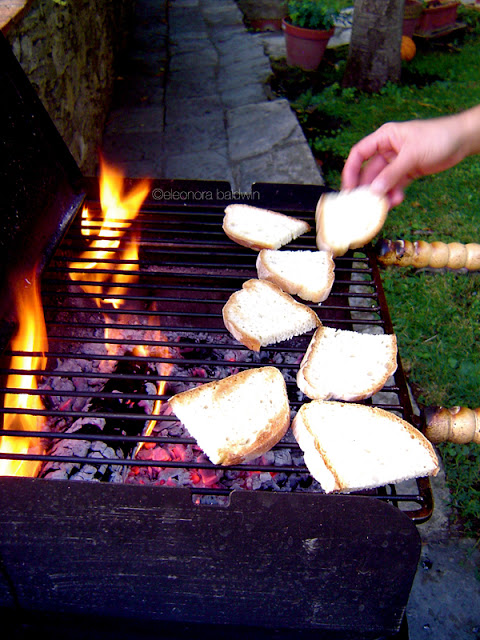 While you wait for the coals or logs to reach meat-cooking temperature, place bread slices (max 1 inch thick) on the grill and keep a close watch. Turn with a pair of tongs and remove when lightly charred on the surface.

On a large serving platter place the hot slices and begin rubbing with the peeled garlic cloves to flavor the bread. The more vigorous the scrub, the more intense the taste will be.

Drizzle with abundant olive oil and sprinkle with salt and pepper to taste.

You can dress with chopped tomatoes and basil, or any other interesting variation you may wish to invent. I personally love bruschetta plain, but in the summer when I have guest over for a barbecue, I always like to present them with a variety of choices. Some favorite sample bruschettas include: slices of Prosciutto and a thin wafer slices of mild Nero di Pienza Pecorino cheese, sundried tomatoes and Gaeta olives, veggie spreads like olive or artichoke paste or a dollop of pesto sauce mixed with cream cheese. A very successful coastal bruschetta topping is a spoonful of shelled wedge clams stewed in garlic and olive oil, sprinkled with (very little) parsley. 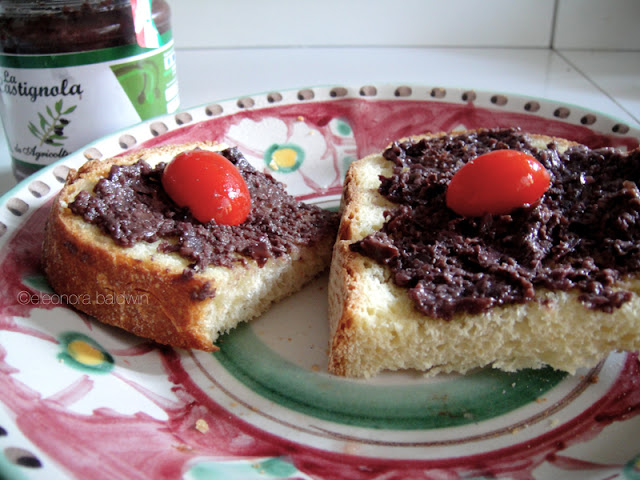 
Teriyaki is a Japanese cooking technique in which fish or meats are broiled or grilled in a sweet soy sauce marinade.

I made this the other night and am still dreaming about it. The tangy, sweet first bite, the crisp skin coated with velvety glaze, the moist and delicate meat...

But I can't claim ownership of this wonderful slow-roasted Teriyaki dish. James gets all the glory, and I am forever thankful for his generosity in sharing his mom's sublime recipe.

for the Teriyaki marinade:


Chop the chicken into classic 8 pieces: 2 drumsticks, 2 thighs, 2 breasts, 2 wings. For a lower fat content, better to skin the pieces. But why miss on such a flavoursome ingredient?

Next mix together the soy sauce, sake and sugar in a bowl until the sugar is completely dissolved. Grate in the ginger and add the crushed garlic cloves.

Using a plastic bag big enough to hold all the pieces, slowly pour in all of the marinade, seal it with a twist tie and place it into a bowl. Refrigerate and allow it to marinate overnight. That would be easy if you didn't have to shake and turn the bag every 5-6 hours or so, to marinate evenly.

Line a baking dish with aluminum foil. Make sure to lift up the edges to catch the juice (edges should be about 1-inch high). Lay the chicken pieces onto the foil and brush with the leftover marinade.

Place the baking dish in the oven and roast, basting after about 50 minutes. Cook slowly for about 2 hours, checking every 30 minutes (this may vary according to individual ovens). The baked Teriyaki chicken should be a nice golden brown color, slightly crisp on the edges, but not too dry. When the drumstick is poked, juices should run clear. 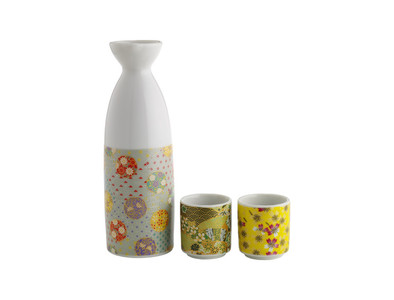 Where to find Mexican food in Rome 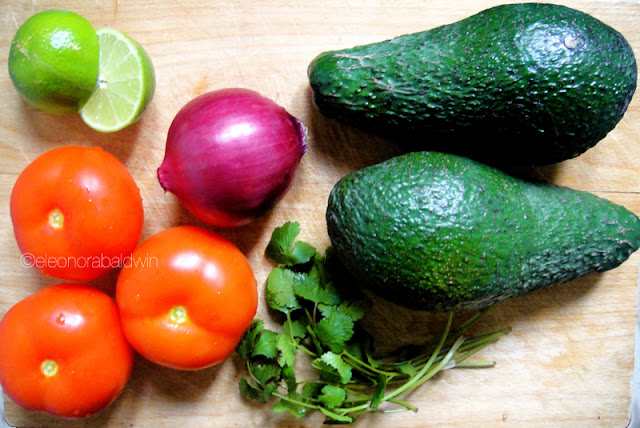 Mexican food regularly disappoints in the tragic Rome dining scene. For the most part, the quality of the Eternal City's south-of-the-border cuisine is an insult, leading so many of us to wonder why.

If I can manage to make great guacamole at home, why can't a Mexican restaurant do the same?

In my endless hunt for a decent burrito, I've endured mediocre mole and detestably microwaved enchiladas, not to mention undistinguished pozole, chiles rellenos, and gorditas. And properly topped tlayuda? Not a chance. 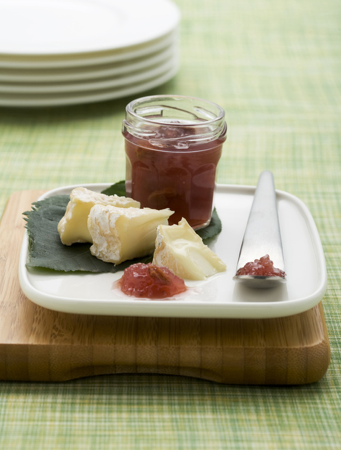 It was a huge hit with my American family visiting Italy a few weeks back, and when it happened to complement a mixed platter of artisan cheeses at an Abruzzo inn, the jar of onion jam was scraped clean.

It's a tangy chutney-like preparation, in fact many Italians refer to it as "mostarda di cipolle," a common moniker for sweet and spicy fruit or vegetable relishes. It's an available item in most Italian delis, but I prefer making mine at home.

This particular one is good with goat's milk cheeses, aged and smelly ones, or a humble chunk of Parmigiano. It tends to overpower the cheese flavor, so should be slathered with measure.

Sterilize the designated mason jars (+6 medium capacity) by boiling them in plenty unsalted water for 10 minutes.

Trim away papery outer shells and peel the onions clean. Thinly slice them while holding a chunk of bread in your mouth to prevent tears.

Wilt the onions with 2 tablespoons of water in a large heavy-bottomed saucepan over very low heat. Gently simmer until they become translucent, then add sugar and caramelize them slightly. Stir in the vinegar and mustard powder, cover and keep at a gentle simmer until the jam thickens (about 40 min to an hour).

To test for doneness, pour a drop of jam on a cold plate, if it slides off and is still quite runny, keep cooking until the drop sticks to the plate. Careful not to scorch it, though. Where there is sugar boiling, there is always that one split second of distraction that can cause the whole thing to burn and stick horribly to the bottom of the pan.

Divide the marmalade while still hot into the individual sterilized jars and quickly close with new caps. Turn jars upside down and cover them huddled together under a warm fleece or a woollen blanket. This assures vacuum and pasteurization. For safety, after a few hours, check that the vacuum valve is depressed on the lids. If the valve snaps, boil the jam jars in boiling water for 10 minutes.

When completely cooled down, store in a cool, dark place. Shelf life is about 6 months. Once opened, store in the refrigerator, and consume within the week. 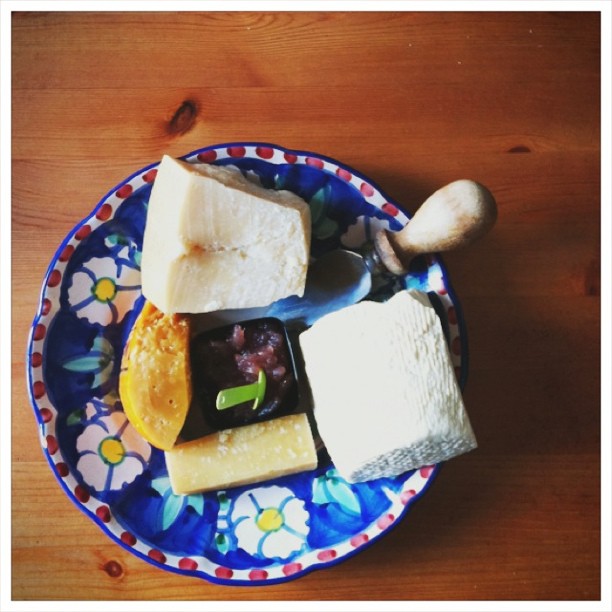