I've decided to start a monthly series inspired by one of Rachel's latest posts. I love reading cookbooks as literature, and not merely to follow instructions when preparing someone else's recipe.
So every month, or so (I'm not good with deadlines and calendars, see my defunct newsletter) I promise to write about a favorite cookbook, and the inspiration it provided beyond the kitchen stove.

I'll be kicking off this series talking about a dear volume, one I treasure on a par with dearest family heirlooms. 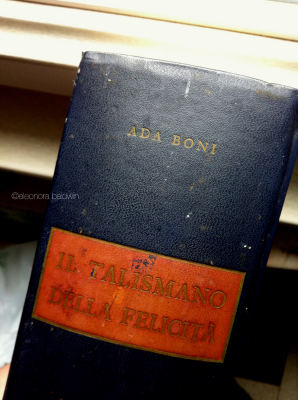 "The Talisman of Happiness" is a well-known Italian cookbook originally published in 1929, written by magazine editor Ada Boni, updated with a gazillion editions, and commonly found in most Italian households. It is believed to be the first Italian cookbook specifically targeted to housewives. And despite women's emancipation since then, the classic manual's sales still surge mostly in springtime, in wedding season. This characteristic seasonality in purchases, according to Italian food network and magazine Gambero Rosso, is a clear sign that Il Talismano della Felicità is still very much a gift frequently bestowed upon newlywed brides. 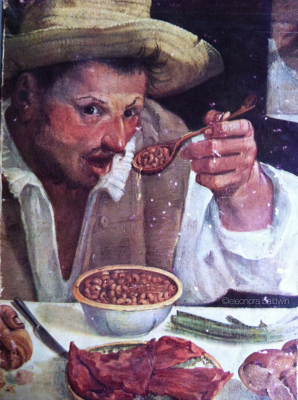 The monumental tome presents more than 1100 recipes, and under 100 color plates. Ada begins each recipe listing ingredients, followed by a brief and concise method. Dianne Jacob, writing coach, cookbook editor, talented blogger and personal guru of mine would probably object to Ada's hiccuping use of exact quantities in her recipes, but Italians, who are used to seeing q.b. (quanto basta, meaning 'just enough') for an ingredient in modern day recipes, don't blink at her approximations.

I love that the recipes are simple and results unfailing. Her ossobuco recipe covers half a page, and the one I make following her instructions has always been a success. I love leafing through the yellowed pages of the old edition (I have two, one published in 1968) and finding old, forgotten recipes my Nonna used to make on a daily basis. And that retro 60's vintage photography, isn't it lovely? 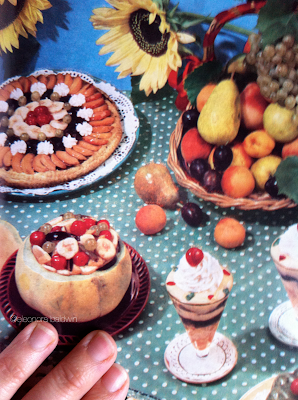 I love that sometimes Ada contradicts herself (don't we all?) in her beliefs and directions, and I appreciate how she informally addresses her readers, yet maintaining a stately prose.

Il Talismano is my go-to resource when I have no idea what to make for dinner, my problem solver if I only have 3 ingredients in the fridge, and a reliable place for a last minute recipe accuracy check.

I have many favorites in this book, so it was a difficult choice to single out just one. This particular recipe I'll be sharing today sits in a narrow column, among stains and food splotches, in the rich pastry "dictionary," that prologues the dessert chapter.

In Italian, the name of the recipe is Mandorle Diablées, whose suitable translation could be, "Deviled Almonds."

Here it is, in an amateur translation by yours truly, with the cheek of trying to mirror Ada Boni's writing style.


Soak the almonds in cold water, which you'll then bring to a gentle boil. As the water trembles just before boiling, remove the small pot from the stove, let cool and then peel the husk off the almonds.

After drying them, heat almonds lightly in a mild oven, stirring and turning to brown evenly on both sides.

Transfer to a plate to cool. Break the egg whites with the tines of a fork and wet the almonds, mixing with your fingertips. Dust with a decent amount of salt mixed with Cayenne pepper, and mix to coat the almonds completely.

Spread them again on the oven sheet and allow them to dry at barely perceivable heat.

I use these as aperitivo nibbles, thrown in a salad or in bold mushroom and seafood pastas, or to spice up a boring soccer game. Chilled craft beer and freedom to belch aloud, mandatory. 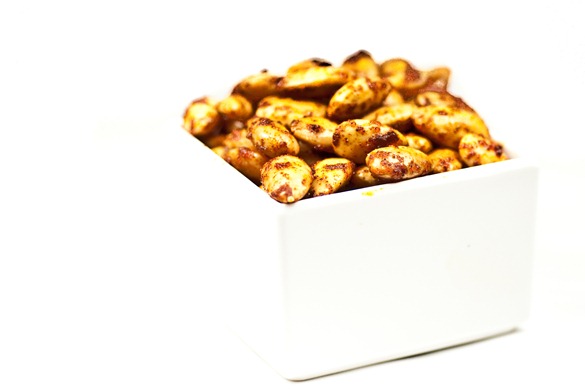 
"There can be no true happiness if in such an essential part of our daily lives as eating is neglected."
–– Ada Boni
Pubblicato da Eleonora Baldwin 16 comments:

Writing and Snacking in Rome

Though most of my work is published on the web, I'm an old school pen-and-ink gal. I have a callus on the pen-rubbing side of my middle finger. I like to scribble and keep notes in a bulging, dog-eared Moleskine notebook. I also have a passion for sending handwritten postcards. Remember those?

When it comes to work, I hardly ever compose my stories directly on my laptop. Instead, I almost always start with a ballpoint outline. Besides the comfort of the seating and folklore in the faces, it's the nosh that most galvanizes the drafting...

Continue Reading for a lits of places where I love to write and eat ➔
Pubblicato da Eleonora Baldwin 5 comments:

It's that time of year again.

Time to pack the hamper with delicious foods, sparkling wine, and get out into the warm Roman sun. Whether sprawled on blanket, dampened by grass, or lazily camped in the shade of monumental umbrella pines, picnics are the ideal springtime solution for families with kids, frugal travelers, and anyone in need of a little romance. 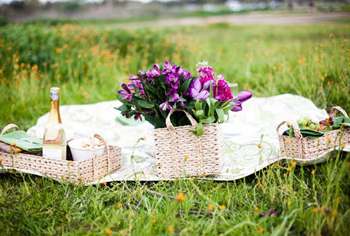 The article I contributed to The Travel Belles, and a comprehensive post on Food Lover's Odyssey, both provide useful listing of locations, purveyors and typical picnic foods for a true Roman holiday.

But if you're feeling lazy and don't want to shop and prepare your own snacks and sandwiches, and much less assemble bulky picnic paraphernalia, there are restaurants, caterers and cafes that can organize everything for you, and take the hassle out of bucolic.

Here is my shortlist of where to find Rome's best picnic baskets.

Rome's #1 eco-friendly restaurant, located in a refurbished 1800s barn at the heart of lush Villa Doria Pamphili –– one of the city's largest public parks –– entertains guests for breakfast, lunch, high tea, happy hour and candle lit dinners. Vivi Bistrot however best shines in its stellar picnic planning. Five menus to choose from, catering to kids, vegans, and locavore "Km-0" campers, and whose produce, meat and eggs are 100% certified organic and cultivated in nearby farms, all packaged in fully biodegradable materials. For a romantic date or for a special occasion with your significant other, you can reserve the Deluxe wicker basket: for €50 you get a plush blanket, ceramic plates, wine chalices, flatware and napkins, and the daily newspaper. Fares include a choice of pasta, savory quiche, salads, chocolate brownie, water and white wine, for two.

This cute little green kiosk in the heart of the heart-shaped Villa Borghese park was built in 1915, and has since then served refreshments and snacks to park-goers. While you wait for the staff to assemble your hamper with the foods of your choice, you can sit at one of the tables in the shade for a drink, or read the paper on the cushions and throw pillows in the relax area under the magnolia trees. Goodies may include prosciutto and melon, mozzarella, tomato and fresh basil Caprese salad, bruschettas, burgers, pizza and sandwiches; paired with copious amounts of gelato, wine, bubbly and candy. 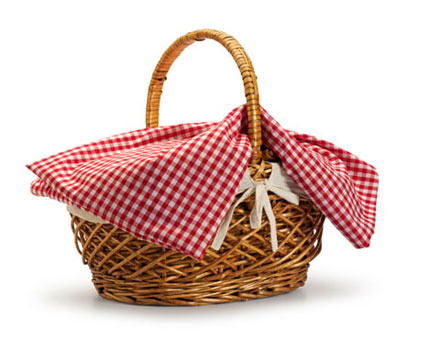