According to tradition this dish was born in 1525, on the day King François I de Valois was defeated by Emperor Charles V of the Holy Roman Empire during the Battle of Pavia. 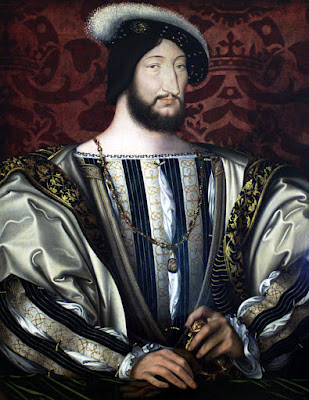 The king pronounced the historical phrase "Everything is lost but honor." According to legend, there was at least one other thing His Majesty hadn’t lost––his appetite.

He stormed the Pavese countryside, famished, in search of something to eat. Finally he arrived at a farm called Cascina Repentita, where a peasant woman was brewing a soup. The king told her who he was and that he was very hungry.

The woman placed a piece of old bread and some cheese in a bowl, covered it all with broth and then, thinking that this food was perhaps not noble enough for a king––even a defeated one––she went to the henhouse, picked up two eggs and broke them into his soup bowl.

After eating the peasant woman's Zuppa Pavese King François judged it "fit for kings," and upon his return to France had it included in the court's royal menu. How's that for an endorsement?

Heat the butter and olive oil in a skillet and sauté the bread browning it on both sides, then remove and place on paper towels.

Meanwhile bring the broth to a vivacious simmer and keep it there.

Heat individual soup dishes or bowls in the oven, place a slice of bread in each bowl, and crack an egg onto each slice of bread, being very careful not to break the yolk.

Dust with Parmigiano, salt and pepper to taste; once all eggs are placed on the toast, carefully ladle the very hot broth in the bowls (not directly over the yolks, or they'll break). The heat of the stock will cook the eggs. 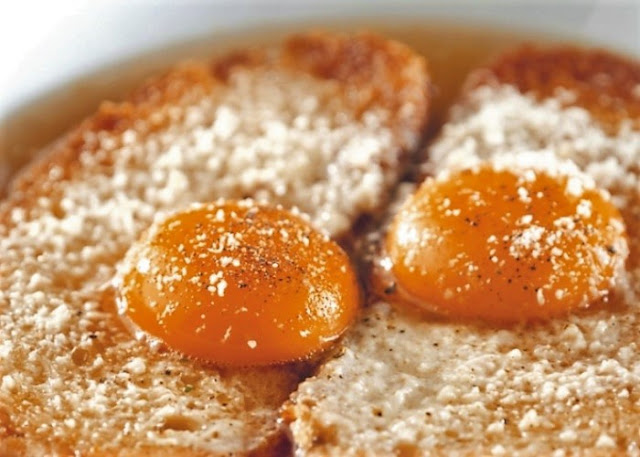 If the eggs are not cooked to your taste, place bowls in a hot oven for a minute or two.