I missed the grand opening but I'm headed there this weekend.

The brand new cocktail bar-restaurant in Rome is called Pantaleo and by the looks of the photos I've seen on social media it's a definite must. 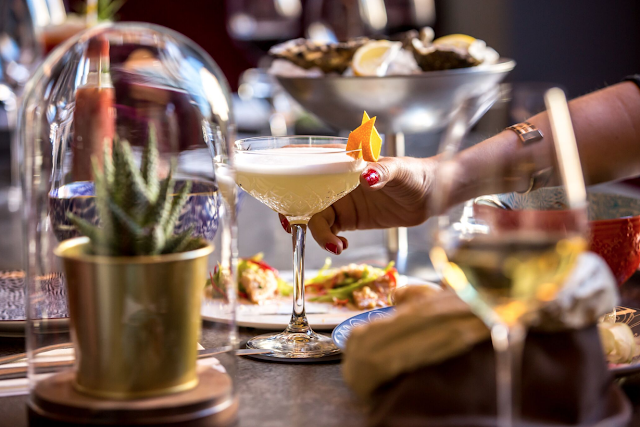 Located in a small square half way between Campo de' Fiori and Piazza Navona, Pantaleo is open all day long, until 2 am.

Divided on three levels, Pantaleo welcomes guests on the ground floor with the large bar and kitchen counters in plain view and a large social table in the middle of the room. The more lounge area with large velvet armchairs is located on the mezzanine.

Downstairs is a glamorous party room fitted with a circular bar for more formal evenings. 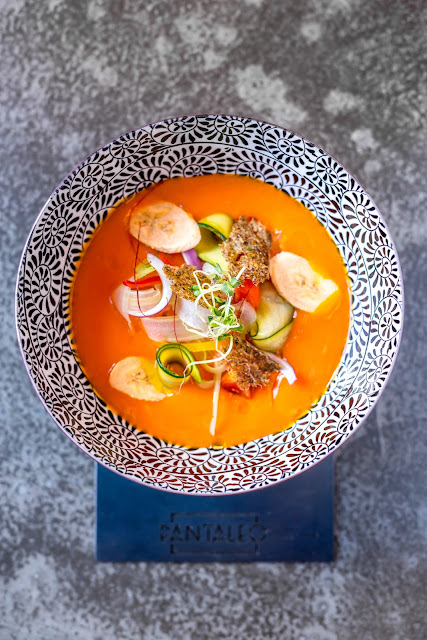 The kitchen has three different menus: a raw menu featuring tartares and ceviches made with a selection of fine quality products; a hot menu with soups, meats and fish that are perfect for the colder months; and an exotic cuisine menu with aromas and flavors borrowed from the Mediterranean tradition, as well as from the cookery of Europe and Asia.

I'm dying to try the scampi tartare with Septenber figs, as well as the mullet served with onions on a lime and cashew nut powder. The red and black Ceviche with goji mayo and tomato sounds equally tantalizing.

From the raw seafood menu my curiosity was piqued by the Mazara prawns served with beet hummus, burrata and citron. 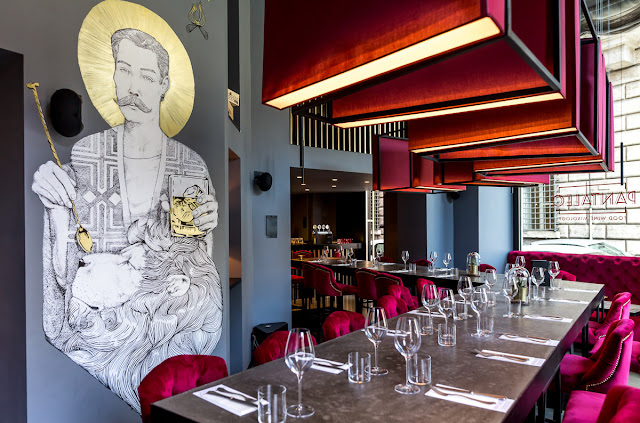 The symbols of the restaurant are connected to the history of Saint Pantaleo after which the place is named. He was a doctor who was prosecuted under the emperor Domitian for believing in alchemy.

On one of the walls of the ground floor bar room, the Saint is portrayed in a mural by artist Leonardo Spina. The features belong to Count Negroni, turn of the century viveur and creator of the famous cocktail. Also portrayed are the symbols connected to the passion and true soul of Pantaleo: the ancient alchemy symbol of lead, which recalls the elegant mixology department coordinated by Paolo Sanna; the Icosahedron which was one of the 5 Platonic Solids, regarded as a carrier of perfection and universal harmony, and the symbol of cold fire that represents the culinary offer played on complex and hot dishes, opposite cold, raw preparations. 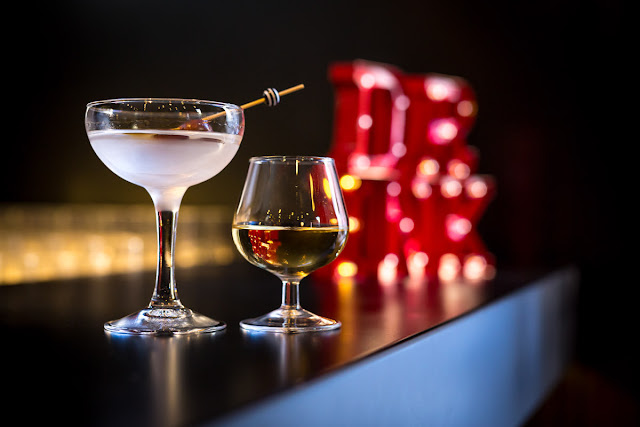 The bar features an entire section on Martinis. The three-sip cocktail dear to James Bond is my favorite, so I know I will break my diet and have at least one Dirty Pantaleo, made with brined capers instead of olives.

Did I mention they serve oysters?