The way we Italians honor any sort of festivity, activity or event celebrating a special occasion is through the glorification of food. Cooking and gathering for a meal, however sumptuous or modest, is the final solemnization of a series of acts duly performed for religious or ceremonial reasons. The triumph of opulence over poverty, sacrifice and abstinence. An offering, an act of gratitude, of praise. Greek mythology sums it up in one single spilling cornucopia, the symbol of plenty consisting of a goat’s horn endlessly overflowing with flowers, fruit, and grains. 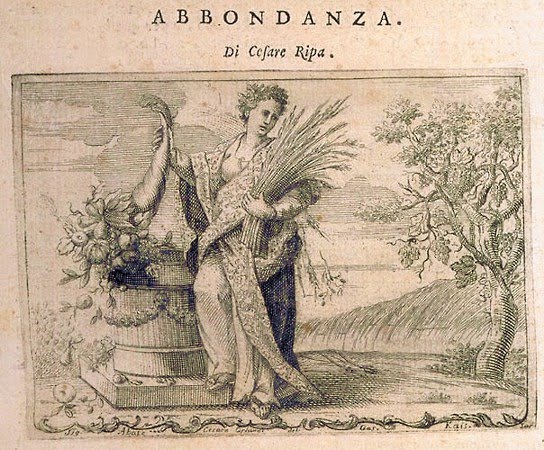 It's Ferragosto today: big Italian holiday. Originally, it was the day marking the middle of summer and the end of hard harvesting labor in the fields. In time, the Church adopted this date to commemorate the Assumption of the Virgin Mary.

Before the Roman Catholic Church came into existence, however, this holiday was celebrated in the Roman Empire to honor the gods, in particular lunar Diana (the Roman equivalent of the Greek Artemis) and the cycle of fertility and ripening.

Roadside stands selling whole watermelons and/or chilled slices of the fruit are a summer feature throughout Italy. The hand painted signs on country roadside stalls may read the word "anguria," but the dialectal term cocomero is watermelon's name in Rome and its vicinities.

Ferraugustine tradition imposes mammoth consumption of the everpresent cocomero, usually kept cold bobbing in a nearby marble fountain in absence of portable coolers. 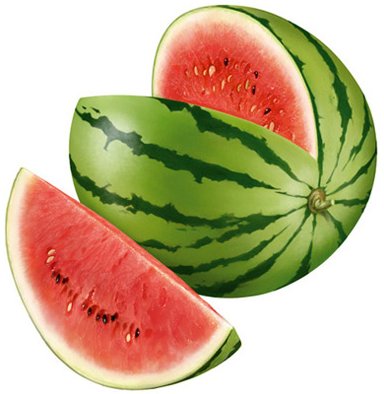 My stepfather Sergio likes to engage in pre-purchase cocomero appraisal, a complex activity that includes bargaining and the cutting of a small wedge, called tassello, for the definitive quality assurance evaluation. Cocomero and Panzanella are more classic Ferragosto food items on our summer outings. Since panzanella has olive oil among its ingredients, which inevitably ends up dribbling everywhere, including one’s hands and face, cocomero in that context works also as a refreshing cleanser. Hence the memorable Roman slogan Cocomero: Magni, bevi e te lavi 'a faccia, which translates to "watermelon: with it you eat, drink and wash your face all in one go". Like many other Sicilian fruit "gelos," this chilled delight is typical of Palermo's culinary tradition of cornstarch-based puddings. Its best application is - in my humble opinion - with watermelon as it's fresh base.

Whir the watermelon in the blender and remove excess liquid, by passing the puree through a sieve. Mix all the ingredients - save for the jasmine, chocolate and cinnamon - placing them in a saucepan. Bring to a boil over medium heat.

As the elements simmer, the cornstarch will begin to thicken the sauce. Remove from the stove and allow it to cool once well blended and quite thick.

Pour the creamy watermelon mixture in Martini glasses or muffin molds. Dust the top with powdered pistachio, a dash of cinnamon and garnish with chocolate shavings and the jasmine flower. Serve chilled and prepare for the applause. 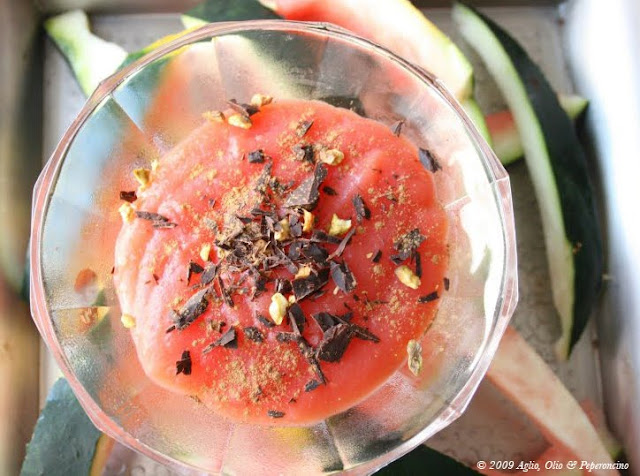