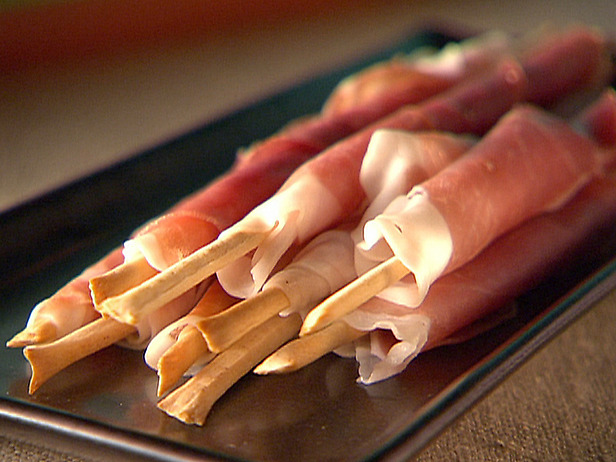 Tradition has the birth of grissini located around 1668, year in which court baker Antonio Brunero invented the long, thin crisp strands of bread as a novelty food for future king Vittorio Amedeo II of Savoy, who’s health was very delicate and whose frail stomach did not even tolerate soft breadcrumb.

The success of breadsticks was particularly rapid, due to the food’s high digestibiltity compared to common bread, and for the nearly two week conservation without any deterioration.

Among the greatest fans of grissini was Napoleon Bonaparte, who at the beginning of the 19th century, founded a stagecoach service between Torino and Paris mostly dedicated to delivering him what he called les petits batons de Turin, his favorite little sticks from Turin. 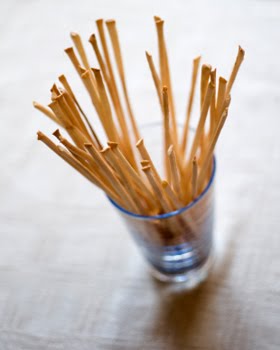 Here's how to make your own grissini from scratch:

Knead the flour with 4 cups of water, adding salt, malt and lard to the dough. Dissolve the yeast in remaining water and incorporate gradually, in small amounts at a time.

Work the dough a little more and roll into 7" long ropes, about 1 1/2" thick. Grease the ropes with olive oil, cover with plastic wrap and grant them a 2-hour nap.

When ready to continue, cut strands breadthwise into 1" strips and pull them, stretching the strands into long and slender breadsticks, about 22-25 inches long.

You can reduce the amount of lard and increase the quantity of olive oil. But grissini are what they are mainly because of lard. Just so you know...

Trivia: In the Cathedral of Chieri, a dozen kilometers southeast of Torino, in a 15th century fresco of the baptistry, there is a character depicted eating what appears to be a breadstick. 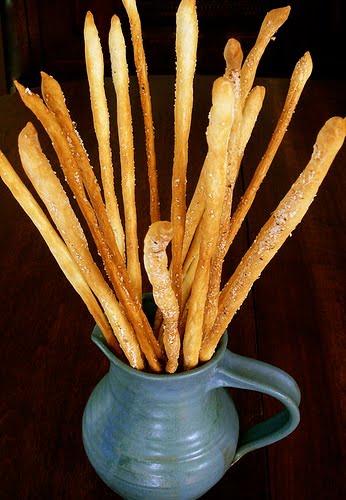