I see a pattern forming. My birthday happens to fall in the middle of the "ponte del primo maggio" which is that curious 'bridge' that Italians like to build between May 1st and the weekend, in order to celebrate Italian Labor Day and the advent of Spring in a long weekend of eating fava beans and pecorino, relaxing in verdant meadows and allowing laziness to dictate the tempo. 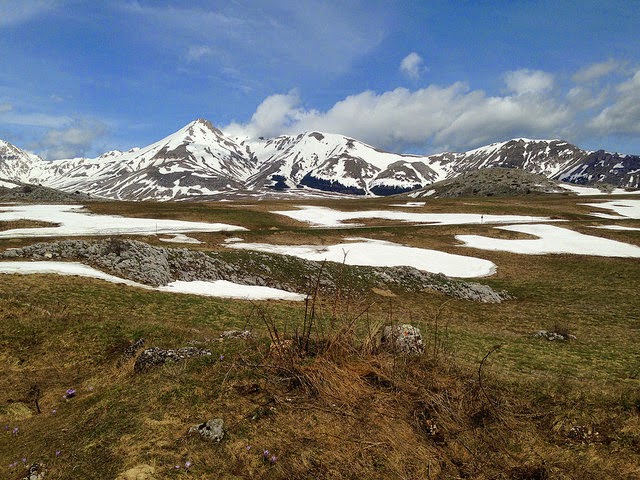 For two consecutive years I have spent said long weekend in Abruzzo celebrating with my son, thanks to my gracious friend Daniele Kihlgren –– a handsome philanthropist with a penchant for rescuing abandoned hilltop villages –– as his guest in the astounding Sextantio Albergo Diffuso.

The "diffused hotel" with its unique rooms scattered in the small village of Santo Stefano di Sessanio, is a place I hold very dear to my heart, and I have written about it in this post. 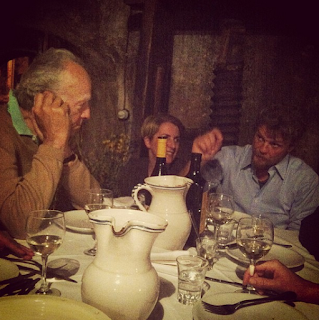 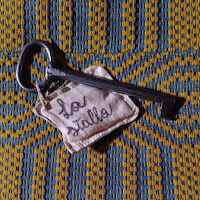 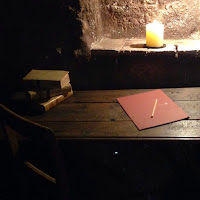 I try to visit Santo Stefano di Sessanio as often as I can, not only on my birthday. When my dad comes to visit from California, we have made it a habit to go there to unwind from city bedlam, nap a lot and eat fantastic food. When there's a spare day off in the school calendar, or when we need to escape routine, my son and I drive 1 hour east of Rome past L'Aquila, turn up a craggy road and settle into our own little eagle's perch in Sextantio, gnawing on arrosticini, and drinking vino contadino – rustic table wine.

This past birthday weekend, during one of the frequent food benders and libations enjoyed in the company of local friends, I was introduced to vino cotto, an ancient beverage produced for thousands of years in the inland, mountain areas of Abruzzo and Le Marche.
Vino cotto (cooked wine) is an ancient Greek wine-making tradition later inherited by the local Piceni people. The pressed must of local grapes is slowly boiled in large cauldrons over a wood fire, and reduced by one third. It is then cooled and poured to ferment in oak barrels where it is left to age slowly, untouched for as much as 15-30 years. 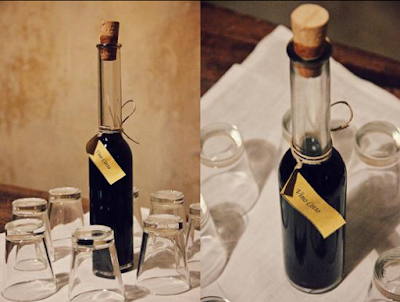 Local lore has it that when in ancient times the harvest was less impressive than usual, or when the owner of the estate would choose the better crops for himself and leave the farmers with the more battered grapes, these would wisely make vino cotto and thus end up drinking better than their employer.

According to historians, Carthaginian ruler Hannibal, during the trek to fight the second Punic war against the Romans, stopped in a village called Atri in Abruzzo, where he fed his men and horses vino cotto... the rest (and the outcome of the battle) is history.

The Abruzzesi traditionally consider vino cotto a celebratory beverage for important occasions. Families start aging a barrel of vino cotto for each child born in the family, and break it open on their wedding day. 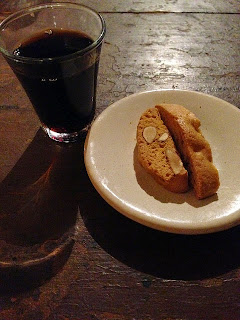 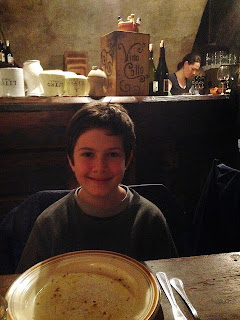 I definitely celebrated in true Abruzzo fashion with this fruity, aromatic sweet dessert wine, accompanied by almond biscotti and homemade custard. I would also like to try it with blue, stinky cheese, or poured generously over gelato.

For now I'll simply have to dream about it. Or drive back to Abruzzo to get some. 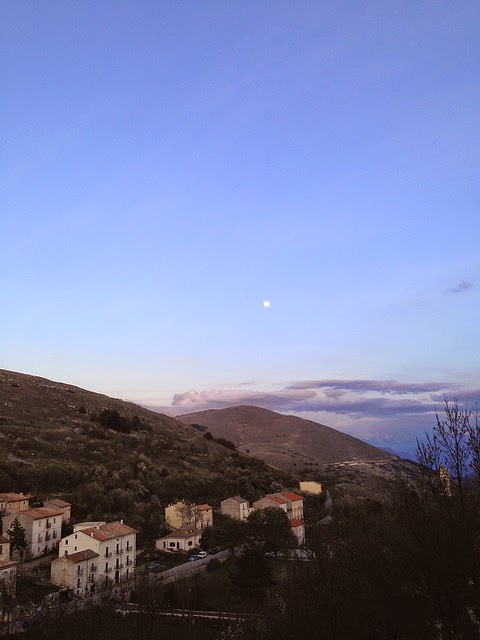