Porcini mushrooms, antioxidant and smelly brassica, aromatic truffles, plus pumpkin and chestnuts all start making their appearance on market stalls all over in Italy. Cheeses made with summer pasture milk are reaching their 3-month maturation period, which means flavor pangs and rich texture in each bite. Grapes and olives are being harvested, fireplaces are crackling and the air is crisp enough to bury our chins in favorite wolly scarves again. 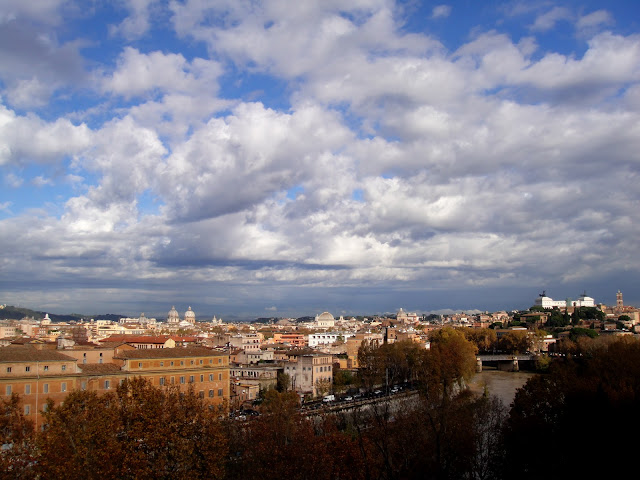 With crunchy fallen leaves underfoot and a precise seasonal shopping list in mind, I negotiate the trek to my neighborhood market, mentally going over what fall recipes I can finally start making again.
The first thing to catch my eye at Luisa's stall is a crate spilling with plump shiny chestnuts that seem to be popping out of thier thorny urchins. 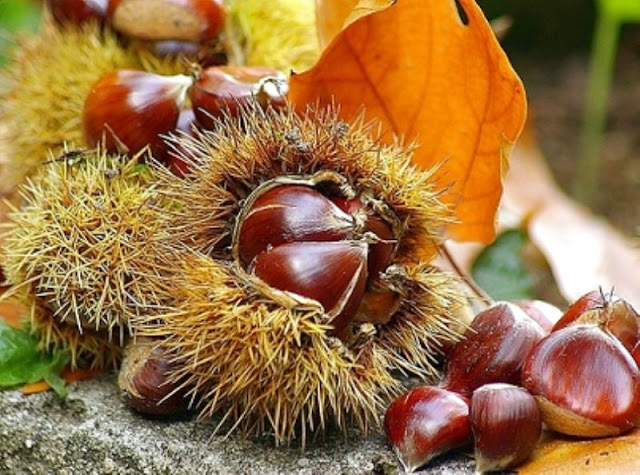 Chestnuts are a very versatile food that can be eaten in a variety of ways: fire roasted, boiled, oven baked and dried to make flour, plus candied for marron glacé, or made into a creamy spread, or crafted into mont blanc cake. 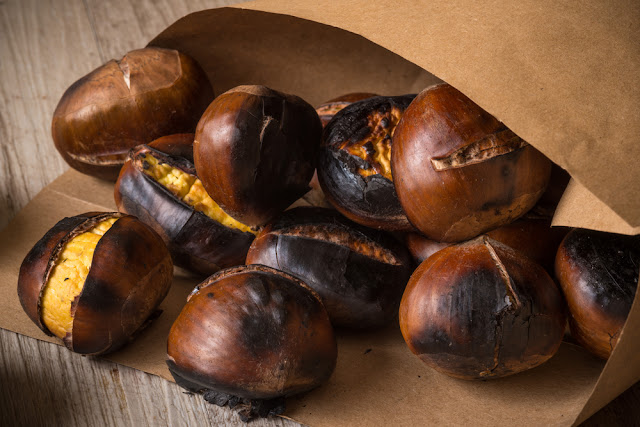 Thoughts of castagnaccio, necci pancakes, poultry stuffing and other delightful chestnut-based treats danced around in my head. Then I remembered about soup.

Score the skins of the chestnuts with a paring knife – this prevents them from exploding during cooking. Place them in a large pot covered with cold water. Any that float to the surface should be discarded.

Cook the chestnuts for approximately 20 minutes from when the water starts to boil. Drain and once cooled off enough to handle, peel them making sure to remove the inner husk too.
Prepare a light vegetable broth with approximately 1,5 liters (about 6 cups) of water and chopped leek, onion, carrot and celery, boiling for about 20 minutes. I don't add salt at this point but you may be accustomed to seasoning broth earlier than I do.

Add the peeled chestnuts to the broth and cook over medium heat for another 20 minutes. Drain the chestnuts and whir them in a food processor or blender. Should the cream be too thick you can filter the broth and add some of it to dilute the chestnut cream.
Adjust seasoning.

Place the cubed bread in a single layer on an oven pan drizzled with a thread of olive oil and a sprinkle of your favorite fresh herbs. Grill in the oven for a few minutes, until barely golden.

Serve the hot chestnut soup with a few croutons, a thread raw olive oil and a few more turns of the pepper mill. 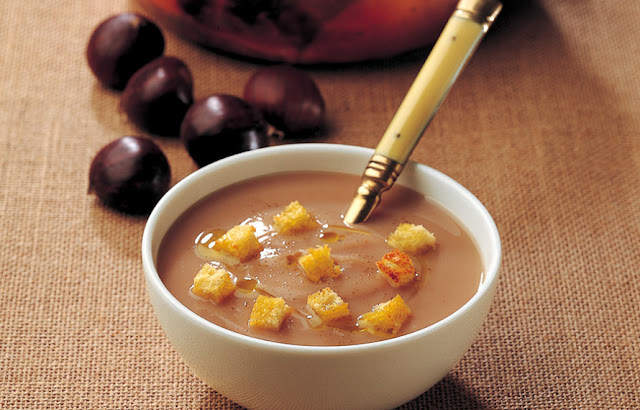