Yes, I'm back. As some of you may have noticed, I have resumed regular posting. Something that hadn't happened in a while. A long while.

To celebrate the resuscitation of Aglio, Olio e Peperoncino, I'm happy to kick off a brand new post series (I love series, just like I love lists). I have yet to decide what to call it. For now, let's just say that the post you're reading replaces and outmaneuvers all previously published (and broken) apologetic "sorry-for-not-being-consistent-in-updating" posts. 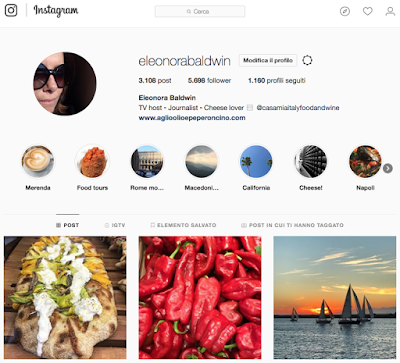 Media is so visual these days. I feel I have dedicated way more time to my Instagram than I have to updating this blog. I owe my readers an apology. Especially those who have remained loyal and that have stayed on board. I'm obliged to explain what happened in these last few years. I need to account for my blog's disappearance from your feeds.

I'm doing this in pure Lola fashion––steadfast readers will remember Lola was my blog signature and nickname––spelling out the reasons for the "slump" in list form. For old time's sake.

Now that I'm back I hope you will resume your regular visits to my virtual kitchen, stop by for a chat, and uncork that good bottle of wine I have been saving for you. I will soon be remodeling the space, but the welcome will be the same warm, friendly one of when we left off a few years ago. You'll come back to the usual weekly family stories, recipes, lists and tips. In the meantime, please accept my apologies for having been away. Here's why: 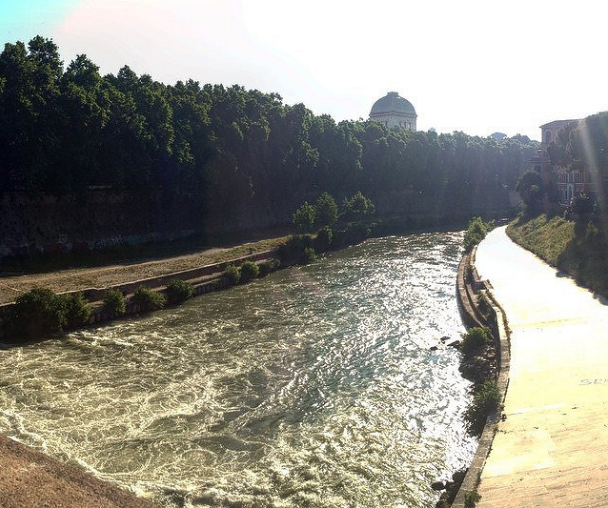 1. I lost my office job one month before Christmas.

This threw me into a dark hole of despair. A single parent, no longer in my employable prime, jobless, no outlook in the forseeable future. The situation was un disastro. Yet, I picked myself up and left nothing behind of the dreadful year that was 2014. Several affirmations, and sleepless nights later, I managed to enter 2015 on a high. In hindsight, losing the job was the best thing to ever happen to me, because it left space for what the future had in store for me. 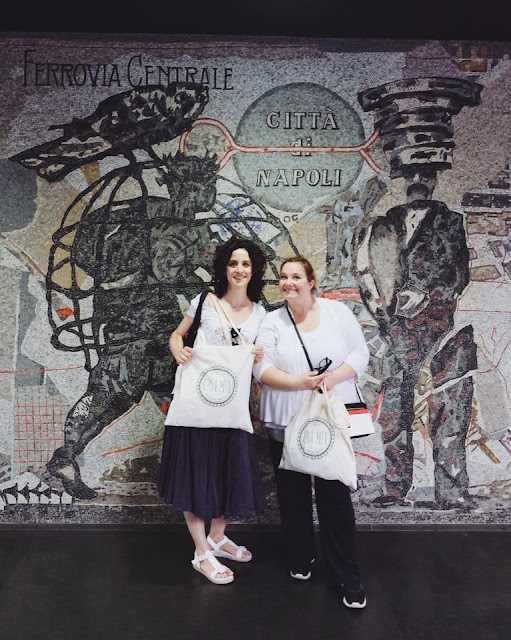 2. I became an entrepreneur.

In April 2015 I partnered in the launch of Casa Mia Italy Food and Wine, a cultural association that offers food, wine and cooking adventures in Rome, Florence, Sicily, Naples & Amalfi. Emilia-Romagna and Puglia may be new areas in development, but you did not hear it from me. In the months building up to, and following the launch, I quickly learned that running a business is no easy task. Obviously, I shifted most of my focus onto the newly inaugurated business, which made it impossible to maintain my old blogging habits. 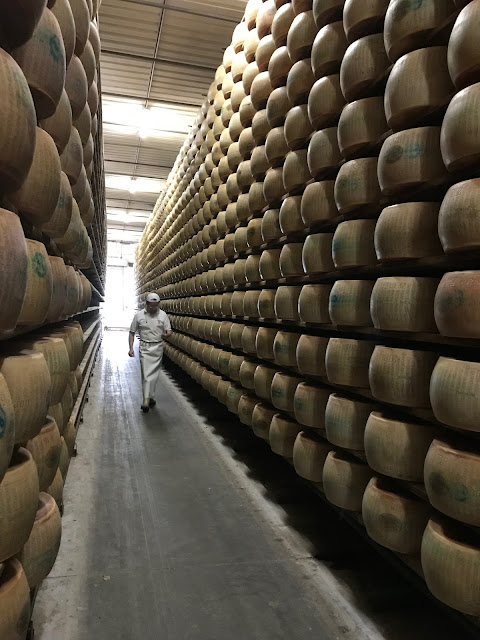 In June 2015 I showed up to a meeting with Gambero Rosso, Italy’s number one food network, with a 1-page pitch for a show on cheese. At the end of the meeting my writing partner drew me back down to planet Earth, "We start filming next week." I don’t know exactly how it happened but on November 12th the pilot aired, followed by 9 other episodes of Season 1. Which were then followed by Season 2 and now Season 3. I've been busy researching new topics and writing new shows, plus co-running the culinary travel business, updating the blog regularly became virtually impossible. 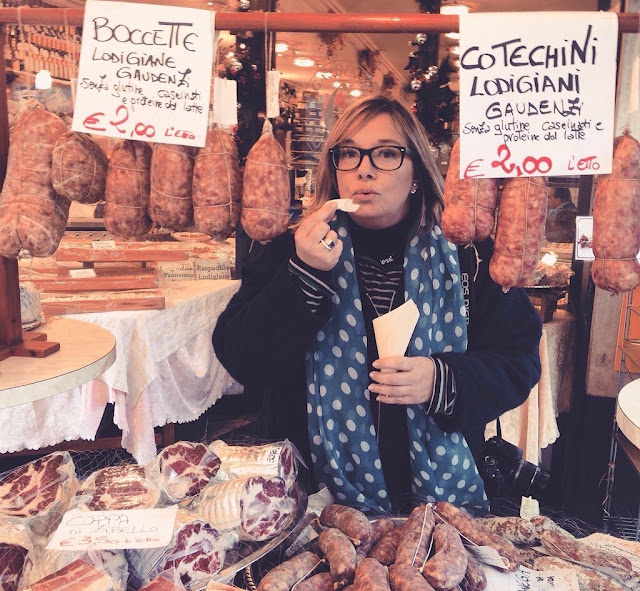 As the partner responsible for the social media and blogging end of the business, I began crunching multiple food and travel blog entries for the Casa Mia Italy Food & Wine blog, as well as for The American in Italian Magazine, a collaboration that first started in 2010. You loyal readers know this because most of the posts published on this blog in 2016 and 2017 were blurbs linking back to the magazine. Again, I apologize for that. 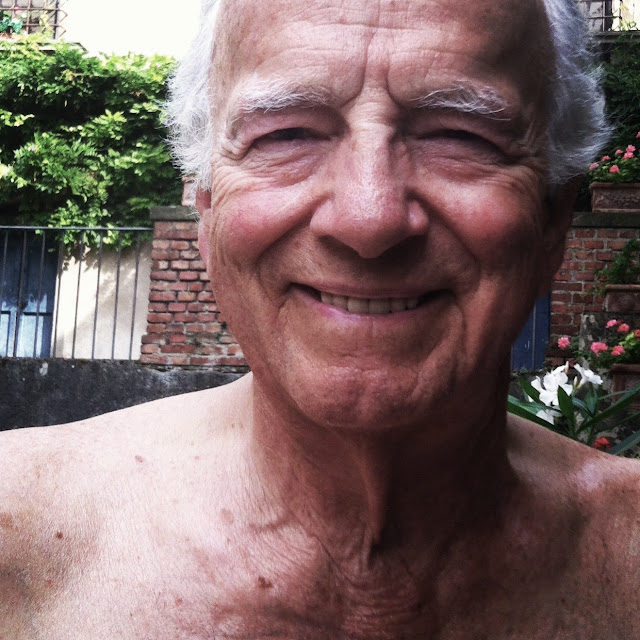 It was October 23rd when at 5 am I received the telephone call I have been dreading my entire adult life. It was my Dad’s wife, Terry, telling me to get on a plane and get over to California asap. "Your Dad's in the hospital. Hurry." I left that same morning from Fiumicino airport with a handbag containing only €45, my passport, a pack of tissues and lip balm. I spent the last days of my father’s life holding his hand, whispering things left unsaid, reassuring him of all my love, and watching him fade away. I flew back to Rome on November 3rd, knowing that was going to be the last time I'd see him. He closed his eyes and flew away November 19th, 2017. I wrote a farewell post dedicated to him and not much else since. 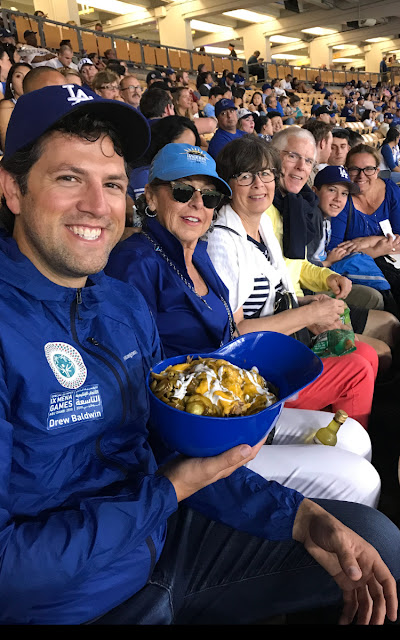 My siblings and I came together in California at the end of August for the interment of my father's ashes and to celebrate his life. It took each of us varying amounts of time to process, mourn, accept and resume regular breathing after his passing. I packed 2 small carry-ons, one for me, and the other for my 12-year old son. We boarded a direct flight from Rome and 13 hours later the cabin poured what was left of our limp bodies on the tarmac at LAX International. I will describe the adventures that followed in a special dedicated post; one that will be part of another new "travel" series. You know how much I like those.