Where To Eat In Trastevere – updated for 2018

I love the Trastevere neighborhood. Vibrant, colorful, yet lazy and ironic. So totally Roman in every aspect. 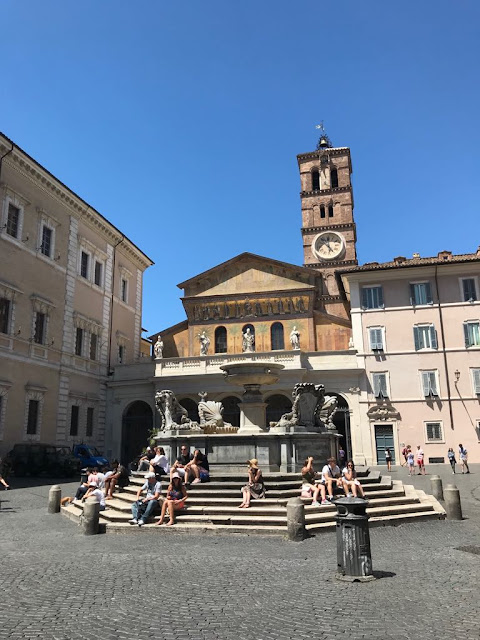 Wedged between the River Tiber, Vatican State, and the Janiculum Hill, Trastevere is a village within a city. The Trastevere village is then divided itself into two distinct worlds, cut in half by the Viale Trastevere thoroughfare: on the Santa Maria in Trastevere side, tourists and international students mingle in and out of raucous pubs and tavernas; on the southern side of Viale Trastevere is instead a quieter, more authentic 'old Rome' atmosphere that permeates the cobbled alleys.

Four years ago I created a list of my favorite restaurants in Trastevere. It's time to update it, adding new places that have opened, and taking out others that no longer excite me.

Trastevere, in fact, offers a lot of places to eat... not many of which are really any good. The density of touristy eateries in the neighborhood has sadly increased over the years. So it's important for me, as a fan of the Rione XIII, to prove that we shouldn't simplify the old Roman "left bank" to strung laundry and tourist traps.

Here is my shortlist of favorite places to eat in Trastevere. 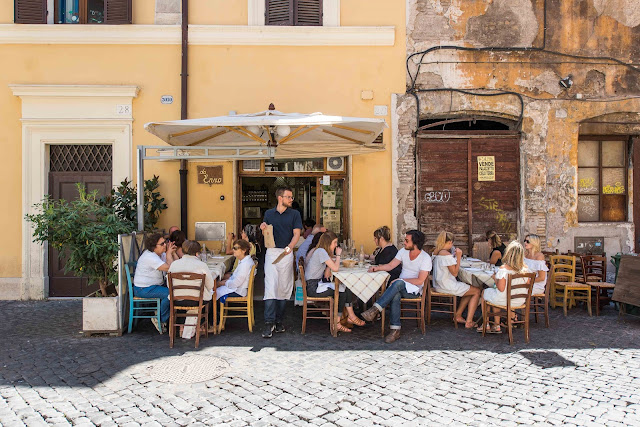 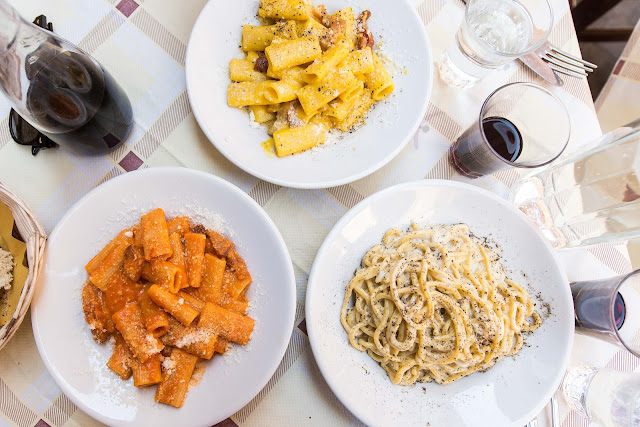 Da Enzo
Cucina romana classics in this tiny osteria include a very well assembled carbonara and sublime cacio e pepe. The menu is seasonal and depends on whatever is fresh and available at the market on the day, so expect entrées to include coda alla vaccinara (stewed oxtail) or baccalà (cod) baked with a potato crust and blistered cherry tomatoes. Leave room for dessert, especially if the mascarpone mousse topped with wild strawberries is available that day. This hole-in-the wall trattoria has a line out the door every night, and does not take reservations after 7:30pm.


Osteria Der Belli
Outdoor seating in this Sardinian restaurant overlooks a charming piazza in Trastevere. The menu is seafood-based, so you can go crazy ordering spaghetti with cherry tomatoes, fresh anchovies and pecorino; various crudo and tartare platters; grilled scampi and the catch of the day baked in a salt crust, or any way Leo suggests. Cucina romana classics are also available. 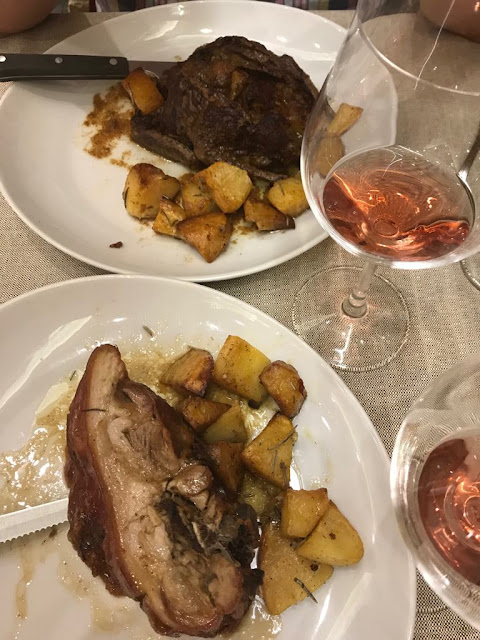 Tavernaccia Da Bruno
I squeezed this in my Trastevere list, but this family-run restaurant is actually closer to Testaccio. In addition to traditional Roman and Lazio cuisine, expert pizza makers bake pies and focaccia in the large wood-fired oven. The five decades of family ownership and consistently delicious pastas, delectable mains, and appealing desserts make this one of those places that indemnify Trastevere's bad dining reputation. 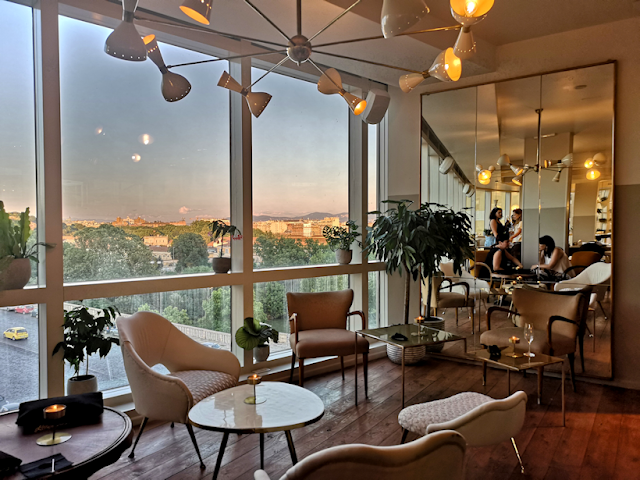 Pianoalto
Again at the southernmost tip of Trastevere, not far for the Trastevere train station is Pianoalto, a game on words brought to us by the same brilliant female foursome behind Pianostrada. The rooftop location is set across two floors including the landscaped terrace boasting a stylish bar counter and offering views across Rome's ex-slaughterhouse, the Aventine hill and Monte Testaccio. The menu is seasonal, in summer think ravioli filled with burrata, candied tomatoes, crispy eggplant, basil and ricotta salata; or spaghetti with grilled mussels, zucchini flowers, pecorino di Falisco and candied lemon.


Seu Pizza Illuminati
Located on the edge of Trastevere near Ostiense is a stellar new pizzeria that has definitively spolied us Romans: after tasting Pier Daniele Seu's pies we no longer settle for average. Highlights of the rich menu include the pizza Margherita Gialla (topped with yellow vine-ripened tomatoes, mint and smoked provola cheese), the Origini pizza with fior di latte, porchetta, myrtle liqueur reduction and rosemary, and the Indiviata pie topped with fior di latte, Belgian endive, mortadella, pistachio-flavored whipped ricotta and nutmeg. 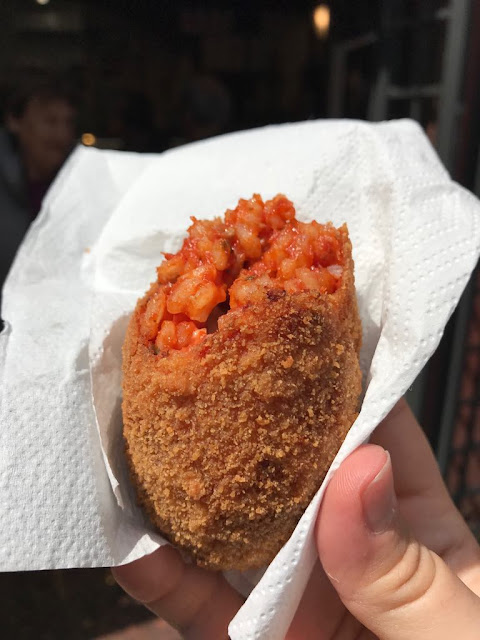 Trapizzino
Rome's street food craze, the famed triangular pizza corners, have landed in Trastevere, and this too has contributed to raising the neighborhood's bar of quality. Fillings of the hot pocket of your dreams are the franchise's fame, and include classic Roman gastronomy ranging from chicken cacciatore, tongue with salsa verde, braised oxtail, meatballs drenched in tomato sauce, zighinì (spicy slow cooked Eritrean meat dish), picchiapò beef stew, pork belly Roman style and much more. Good beers and bubbly. 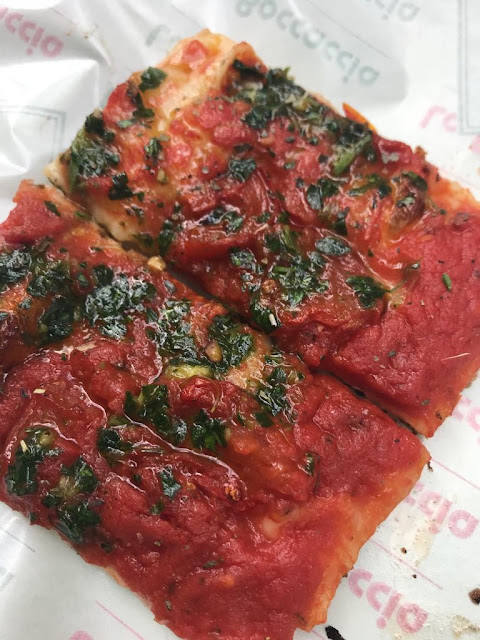 La Boccaccia
This tiny––when I say tiny, think 'broom closet' tiny––pizza al taglio joint serves some of the best arrabbiata pizza topping I've had to date. Their pork sausage and broccoli is equally amazing, as is their pumpkin one. If there's no room to sit, have your pizza wrapped, walk to Piazza Santa Maria in Trastevere and eat your squares of happiness sitting on the steps of the fountain.


Il Maritozzo Rosso
If you thought maritozzo could only be a decadent breakfast bun filled with whipped cream, you'll have to think again. In the location that once housed the first Pianostrada, savory buns are filled with all manner of cucina romana classics: crispy guanciale and pecorino; cacio e pepe, or stracciatella (the filling in burrata), anchovies and seared spinach. These are only a few of the 30 different fillings available on rotation. There's obviously sweet maritozzi too, so save room for dessert.


Bar San Callisto
This charming dated neighborhood bar is a Trastevere must. Sit outside at the rickety tables, drink Peroni beer from the bottle, watch the old men play cards at impromptu sidewalk tables and receive automatic Trastevere citizenship. Just to give you a clue as to the usual clientele, the bar's license was recently suspended for three days, on accounts of disturbing the peace (a late-nigh jam session). The homemade gelato is limited to a few simple flavors, served with freshly whipped cream. Don't miss the house specialties, sambuca con la mosca (anise liqueur with a toasted coffee bean in it) and sgroppino: lemon sorbet mixed with (non-equal parts) chilled vodka and served with a spoon and a straw. 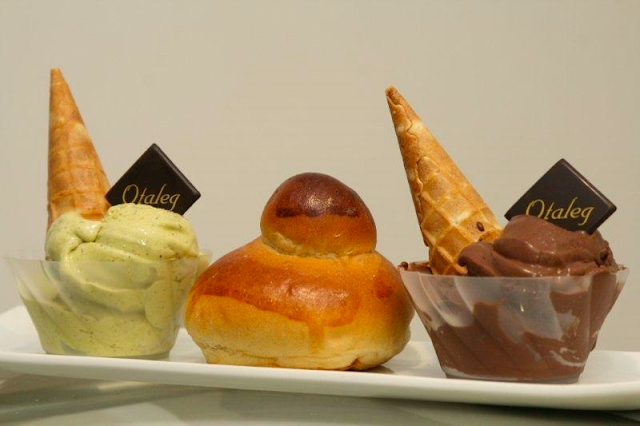 Otaleg!
When Marco Radicioni opened his second gelateria in Trastevere the loud roar of exultation was heard as far as Malta. Favorite flavors of the moment (they change on quick rotation) are white chocolate-licorice-mint, Madagascar vanilla-bourbon with ginger, and all the phenomenal seasonal fruit scoops. 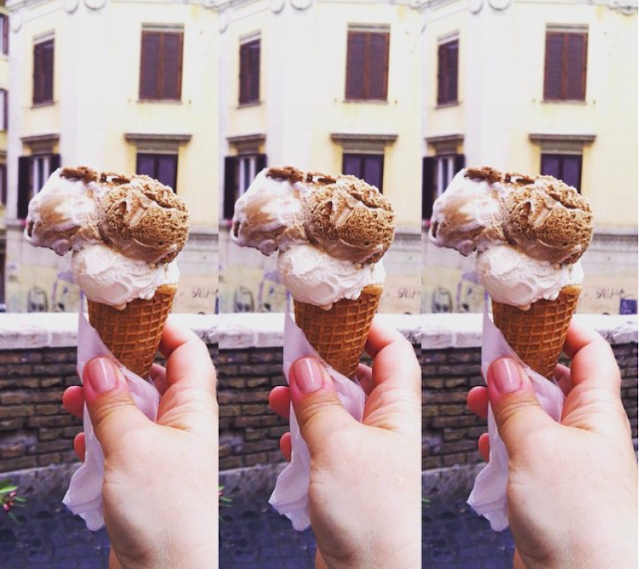 Fatamorgana
Regarded as the the gelato maker that bought gourmet gelato to Rome, Maria Agnese Spagnuolo churns mainstream classic as well as adventurous flavour combos like pear & Gorgonzola; tobacco flavored chocolate; black srice and rose petals, and whatever else is in season. All flavors are organic and gluten free. My favorites are bacio del principe (hazelnut praline and toasted hazelnuts), pistachio di Bronte, and cinnamon-apple. As far as summer fruits, I always go with peach, watermelon and cantaloupe.


Biscottificio Innocenti
Stefania and her family make hundreds of types of biscotti in a 1960s vintage oven that's 14 meters long and works with a conveyor belt. When the German company that sold it to Stefania's parents came to install the "beast" in the cookie shop, the neighbors told the couple that they were crazy investing their life savings in that horrid thing. The oven is still there, producing sweet morsels of joy. Do yourself a favor and buy a bag of brutti ma buoni ("ugly but good" hazelnut macaroons), shortbread hearts half dipped in chocolate and the wafer-thin "stracci". The coffee vending machine makes surprisingly good espresso. Sip and nibble on the bench, while you listen to Stefania's perfect trasteverino dialect as she tells you stories of her fascinating life in the Rione. 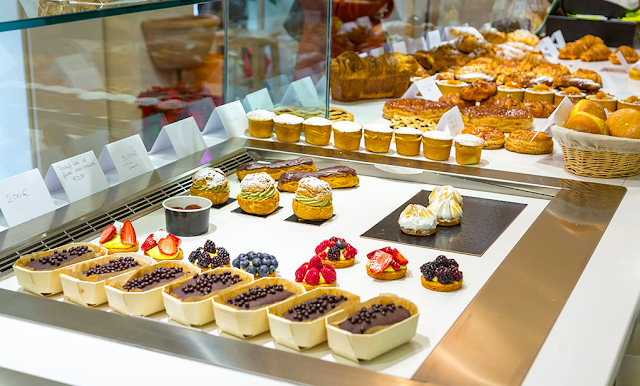 Le Levain
This tiny French-inspired bakery-boulangerie uses sourdough natural starter yeast in almost all of their recipes. That alone should be a guarantee of quality. Le Levain is popular for homemade pastries, breakfast buns, mini-cakes and bread. Savory preparations include quiches filled with anything from pancetta and cheese, to broccoli and potato. I come for breakfast and binge on their delightful buttery croissants and pain au chocolat (which are made with actual French butter), macarons, eclairs, and original tartes. Beware, though: once you do too, you'll never settle for a margarine-soaked cornetto ever again.

What's your favorite place to eat in Trastevere?