Among the duties of a parent 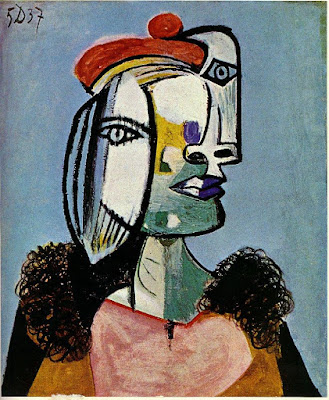 My son walked up to me today and out of the blue stunned me with "what’s a Picasso?"
It took me a while to figure out how a 3-yr old could know anything about modern art, let alone the name Picasso. But I eventually put two and two together. He's a huge fan of the '95 animated film Toy Story. In one of the opening scenes, one of the characters (Mr. Potato) undoes his face, jumbles all his features and says "Hey look, I'm a Picasso!" to which the interlocutor Piggy Bank after a blank stare replies, "I didn't get it."
Apparently neither did my son E, hence the candid question.

So we opened my laptop and started browsing images of the Andalusian genius' work. We were both surprised to learn that his first oil painting "The Picador" – word, which we repeated over and over for several minutes, rolling our Rs with very macho Latin flair – the boy Pablo painted at age 8. 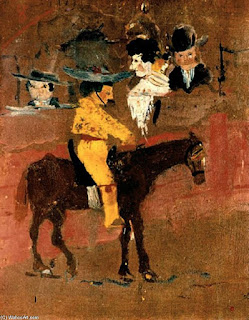 We also discovered that during the Nazi occupation of Paris, Picasso had the French Resistance smuggle him bronze to cast secretly from the regime that didn’t find his artistic style fit for their taste. Through another interesting bit of Picasso trivia, we found out that in his Montparnasse posse – which included folks like Gertrude Stein, Jean Cocteau, Erik Satie, Marc Chagall and Marcel Duchamp, to mention just a few – poet Guillaume Apollinaire was arrested on suspicion of stealing the Mona Lisa from the Louvre in 1911. During interrogation, Apollinaire sheepishly pointed to his “friend” Picasso, who was therefore also brought in for questioning, but both were immediately released. I can just picture what happened in the usual Montparnasse bistro hang out later that night. 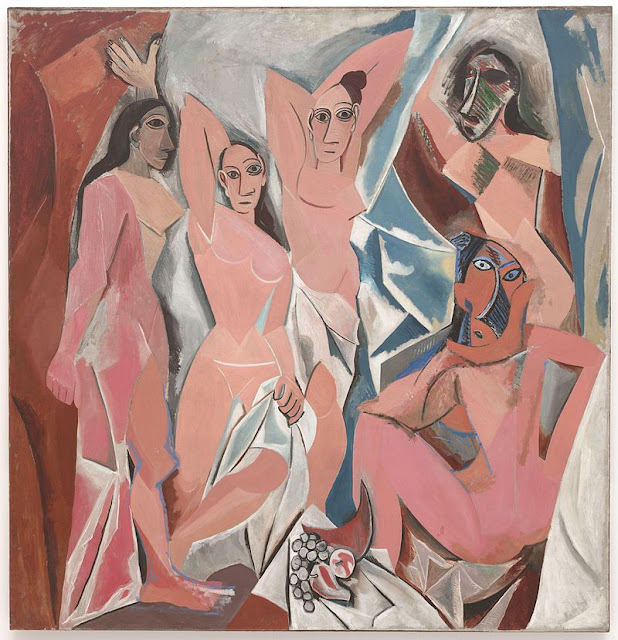 When we arrived at Picasso's black, white and grey depiction of the German bombing of Guernica during the Spanish Civil War, I leafed past it and mumbled something about war being horrible, but E held down my hand on the mouse pad and said, "I want to see the war, show me" so I went back and enlarged the desperate, angular and touching painting to full screen. E became silent and we both took in how solemn and serious the moment was.

My little boy pointed at the horse, the bull and the screaming upward human face of a woman grieving over the dead child in her arms. I tried to explain about Spain, about young people fighting, panicked horses, torture, buildings wrenched by violence and chaos. As we looked into the grand mural, with words fit for a toddler, I tried to gently convey the helplessness and tragedies of war and the suffering it inflicts on people, especially innocent civilians.

After a long moment of quiet contemplation, which to a child is normally intolerably infinite, E looked into my eyes and said, "Ho capito adesso, mamma," –– I understand now, mommy.

He got it. He got Picasso.