Glinting cobblestones and aroma of toasted chestnuts. That to me sums up Rome's centro storico.

I took advantage of the sunny afternoon to take a stroll around Campo Marzio today. The "Field of Mars," number IV of the 22 historical districts of the Eternal City, retains the name the Romans gave to the whole area between the walled city and the river where their invincible army used to drill the troops. In modern day Roma, Campo Marzio is considered the heart of Rome's trendy, sparkly and commercial centro storico. 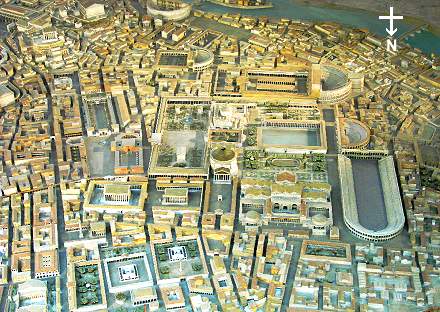 I pushed the three wheel stroller past the contemporary snow white stark lines of the Ara Pacis, which shares the same grounds as the majestic Mausoleo di Augusto, the tomb of the first Roman emperor. I ambled past the Pantheon and stopped at Sant'Eustacchio for an energizing Gran Caffè, complete with dollop of "cremina" – the emulsified froth of the first concentrated espresso to spout from the machine whipped with granulated sugar. I took a peek at the spiraling belltower of Sant'Ivo ai Portoghesi, I admired the window at the funky pen shop near San Lorenzo in Lucina, and I pretended not to look in the windows of two of my favorite shops: Angelo Feroci and Volpetti alla Scrofa. 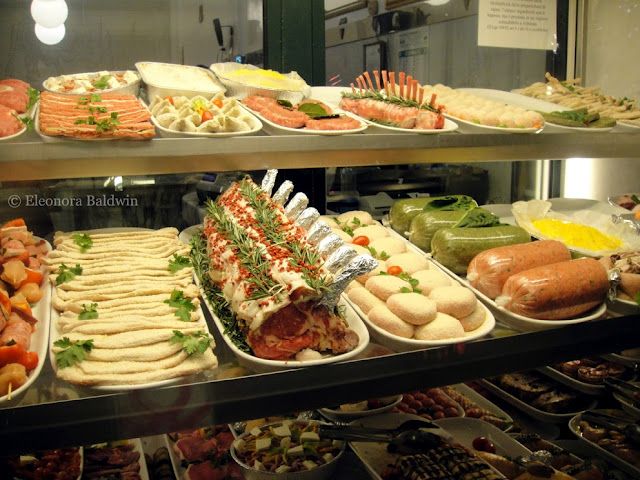 The first is probably among the best butchers of the city. The family run store’s turn of the century furnishings are shadowed by the incredibly fresh and tasty meat served behind the eight foot counter. I am a carnivore, and I love my steak. I am therefore naturally attracted to the place more often than my wallet can allow. During busy store hours, upstairs mamma Feroci prepares all sorts of high quality ready-made dishes for the avid customers waiting downstairs. It is common to find more ladies than gents, shoulder to shoulder at the high marble counter. This may be due to the fact that all the male family members and employees are quite good looking. They even have a calendar out, with pictures of the butcher hunks carving quarters of beef in viril poses. Not kidding.

On the other hand, Volpetti is a historic neighborhood deli, founded in 1870. In Italy similar establishments are what we refer to as salumeria, gastronomia or alimentari, and tavola calda when hot dishes are served. But Volpetti trascends all definitions. You can walk in and do your grocery shopping at the large section dedicated to prepared meals, from pasta, to vegetables, roast meat and fish, as well as a vast choice of cheeses, cold cuts, sausages, regional Italian delicacies, pizza, salads and a decent selection of table wines. Or you can stand briefly at the counter for a caffè, or dine seated at a table in a separate room at lunchtime; watch the half-dozen patient countermen shaving wafer thin slices of prosciutto, sawing off hunks of grape-leaf-swaddled pecorino, scooping out olives, and spend your months pay in take out. 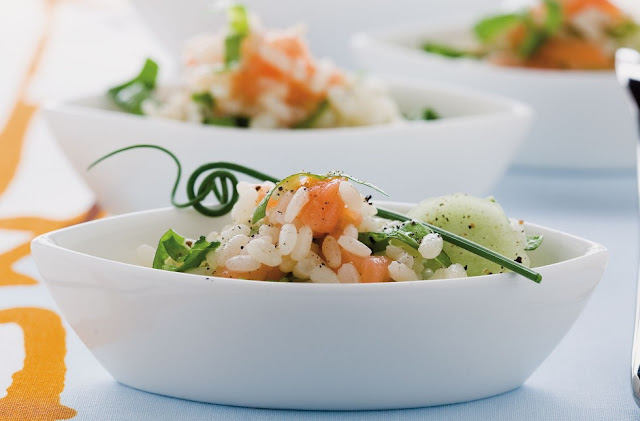 I personally have to keep away from Volpetti for two big reasons. Their meatballs and their signature insalata di riso. One is an ongoing relationship between me and the dish. My thighs, buttocks and tummy, their final repository. Meatballs are the emblem of home cooking and rarely served other than in the family. When a rastaurant serves meatballs, serious ground leftover meat action has been taking place. Yet at Volpetti polpette are a given, you order them and eat them waving away the thought of leftover meat as you moan with pleasure at every bite. They come in two versions which are always available, either dredged in breadcrumbs and fried, or stewed where they are smothered in a delicious and simple tomato sauce.

During summer, the seasonal magnet that periodically draws me to Volpetti is the boutique's famed and trademark tossed rice salad, insalata di riso. A dish normally (again) prepared at home, something to cool off with in the summer heat, and somewhat of a recycle bin unto itself. My rice salad usually includes leftover grilled veggies, diced salumi, chopped frittata, a vast array of oil-preserved artichokes, eggplant, zucchini, pumpkin, etc. Just toss in what you like with boiled minute rice and you have lunch. Oh, but not at Volpetti. No, their insalata di riso is a minimalist trumph of luxe. Few elements, great taste. The parboiled rice dances among sensual slivers of smoked Scottish salmon, clusters of black and red caviar, fresh steamed and shredded lobster tails, boiled scampi tossed with a featherweight organic homemade whipped mayonnaise. When I have guests over for dinner, I usually buy a crateful to go and serve it as antipasto along several chilled bottles of Jermann Vintage Tunina, sit back and watch my guests have a gastronomic epiphany. 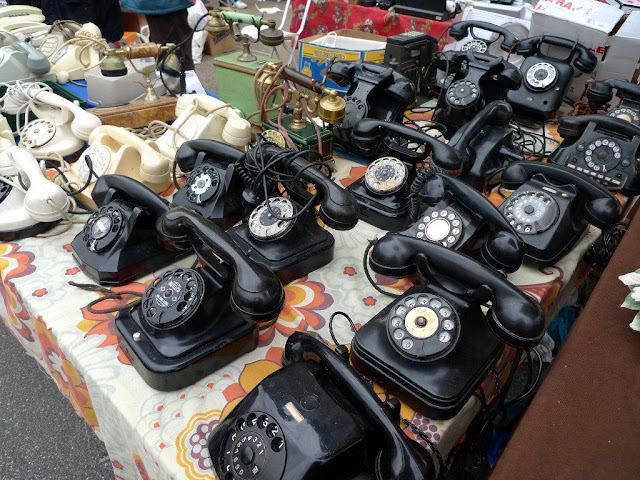 Fortunately both stores were closed today, being Sunday. I daydreamed hard and long of possible purchases and reveled at the recipes I could have prepared as I bumped into a mercatino on the way home. This was one of many spontaneous and roving weekend antiques market stalls that dot the city year round, and where you can buy virtually everything from antique furniture, to second hand clothes, to vintage jewellery, old turn-of-the-century postcards and curious Mussolini memorabilia (there are still folks who dig that stuff). I like to wander without a specific goal. I mainly look at the faces of the vendors, trying to guess their story.

I once bought what I thought was a unique Art Nouveau Lalique-style vase only to find its carbon copy a few weeks later at Porta Portese, Rome's most famous flea market. I never again ventured into the antique accessory bargain negotiation. On the other hand I've been happy to notice quite a few organic and traditional foods stalls recently. The Sardinia cheese and honey kiosk with the 4-headed flag flapping in the crisp Roman breeze; the Umbria counter distributing free samples of truffle paste and freshly baked brustengo; or the Liguaria booth, laden with cold pressed olive oils, biodynamic wines and a rainbow of jams. 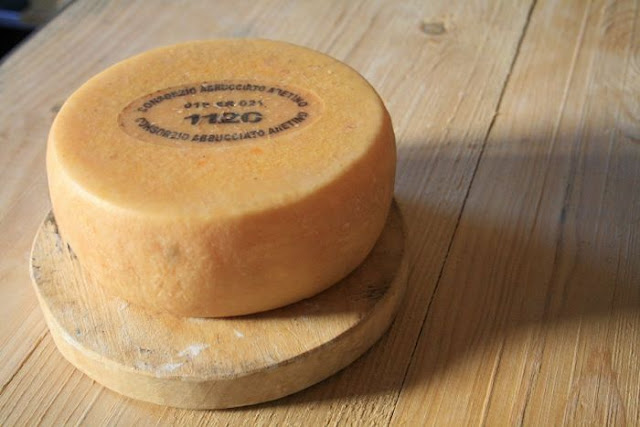 Today I stopped for a chunk of Tuscan Pecorino and picked up a loaf of Altamura bread at the Puglia tent. I got home, folded a snoozing E. into the king size bed we cosleep in, and snacked on my guaranteed genuine purchase, waiting for the night to fall. Buonanotte Roma.