How to buy fresh fish 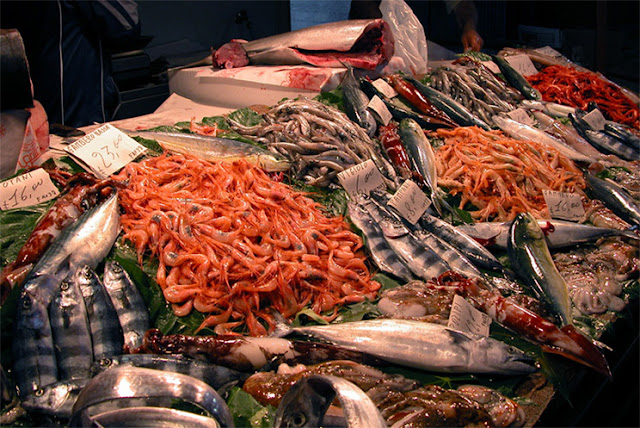 The one weak spot in seafood is its perishable nature. Already after few hours from being caught, the heinous action of enzymes and microorganisms begins to attack fish. This more so during torrid summer months, when the high temperatures hasten the alteration process. It is however not impossible to identify truly fresh fish.

As handed down by expert fisherman, old family friend and Positano sea authority Salvatore Capraro, here is a checklist of what you should always consider when buying your beautiful fresh pesce.


When buying squid, octopus or calamari, the best way to judge the tentacled creature's freshness is by closely examining its appearance. 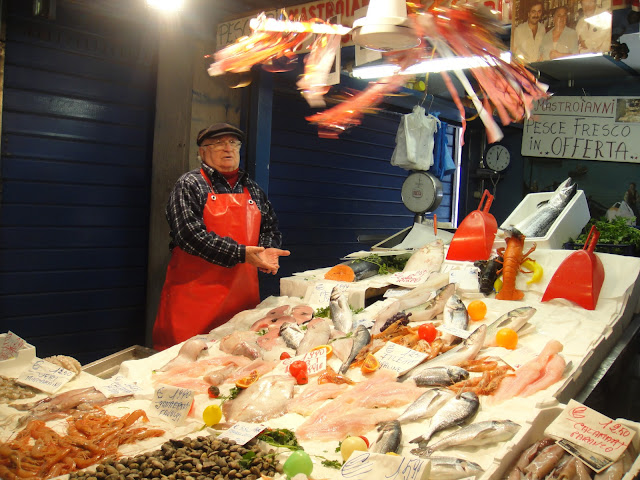 The role of seafood in the Italian diet has always been very important. Devoted Catholics eat fish on Fridays and all days of penitence, for example all during Lent.

Most large cities in the past had fishmongers to meet this demand, but there were also traveling fish merchants who, on their itinerary, covered those towns too small to support a specialized fish store. Globalization has wiped out this custom almost completely.

Many local pescivendoli and pescivendole – Italian for fishmongers and fishwives – are trained at selecting and purchasing, handling, gutting, boning, filleting and selling their marine product.

You can read more about surviving neighborhood fishmongers like Signor Mastroianni pictured above, in the article I contributed to The Travel Belles.
Pubblicato da Eleonora Baldwin

Email ThisBlogThis!Share to TwitterShare to FacebookShare to Pinterest
category: fish, how to buy fish and mollusks, ingredients, seafood, tips