The best cornetti in Rome 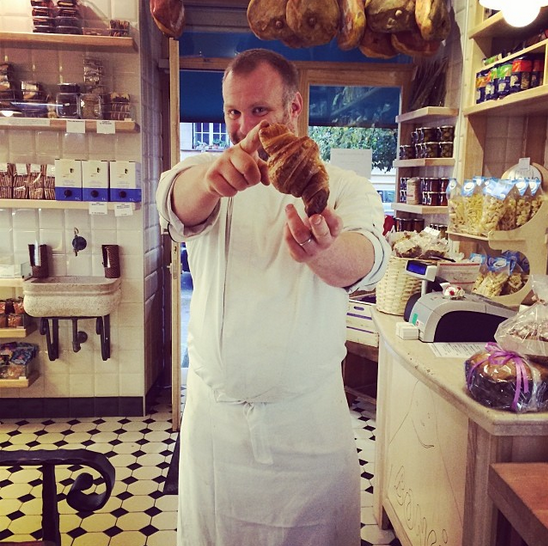 A lot has changed in terms of choice and quality since I last wrote about where to find the best cornetti in Rome, so I think it's time to update and revise that obsolete list to include some new key listings.

Every time I go on a diet (this happens quite frequently) the one food I miss the most in my weight-loss regime is the highly fatty cornetti.

Cornetti is the Italian word (but not equivalent) of croissants. They are crescent shaped, flaky, chock full of butter and sugar, and are Italy's favorite breakfast food, best enjoyed dunked in cappuccino. Yes, dunked! Ignore the judging stares of those next to you at the cafe counter.

Another popular way of enjoying cornetti is at night, after hours, consumed as a powerful sugar-boost. In my 2009 post on "cornetti" I mentioned a few helpful tricks on how to find the goods at night. This is in fact a particularly Roman thing, venturing out for a bagful of cornetti after dinner, or to recoup post steamy night dancing, or simply because we are gluttons.

Unlike croissants, which are exquisitely French, cornetti is a term that widely includes a plethora of typical Italian pastry staples, baked in a variety of shapes, sizes and containing many different fillings. Fried donuts, Danish rolls, brioches, whole wheat with honey, marmalade, or custard-filled, maritozzi slathered with whipped cream – these all belong to the baked realm of cornetti.

Every corner cafe serves cornetti in the morning. Whether delivered fresh, dusted with powdered sugar, or glazed from the wholesale baker in wide shallow boxes, or microwaved in back; bad cornetti pumped with processed crap and margarine are sold virtually everywhere. The good places, that actually bake their own artisan products were – until quite recently – a rare exception. Fortunately for me (and my nutritionist's bank account) there is an ever growing number of new places where some very good cornetti can be scored.

Here is my revised list of favorite cornetti dealers in Rome. 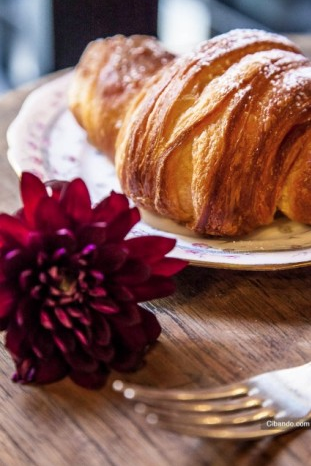 Coromandel - Via Monte Giordano, 60 - Tel. 06 68802461 - Open Tues–Sun 8.30am - 11.30pm
Ornella is unbeatable. This elegant bistro's baker daily produces croissants, cakes, pan brioche (which she the slices for the breakfast's French Toast) and other bakery goods. The friendly girls in aprons pouring the caffè, classy Parisian-style ambiance, terrific specials and smiling host Katia do the rest. A definite must.

Panificio Bonci - Via Trionfale 36 - Tel. 06 39734457 - Open Mon-Sat 7am to 10 pm; Sun 8am-3pm
He's done it again. Gabriele Bonci, the guru of yeast base starters and mastermind behind Pizzarium (Rome's number one quality pizza al taglio) has put together stone milled flours, French butter and alot of love, and given us cornetto fetishists the 80-gram (3 oz) cornetto of our dreams.

Bar Benaco - Via Benaco 13 - Tel. 06 8548636
I don't know what it is that makes the teensy (and expensive) cornetti baked here so special. All I know is one is never enough, despite their steep price. Flaky, buttery, not too sweet... these all-Italian cornetti are some of my all time favorites. The rest of the offer – coffee beverages – is less impressive.

Panella - Via Merulana 54 - Tel. 06 4872651 - Open Mon-Fri 8am-midnight; Sun 8.30am-4pm
Best known for its bread products, and probably the best pizza with zucchini flowers on the planet, Panella also bakes one mean cornetto. Technically perfect, the cornetti however cannot counter the staff's downright rude demeanor. The best option is getting a bag to go, and enjoying them at home with a freshly brewed cuppa.

Pasticceria Regoli - Via dello Statuto 60 - Tel. 06 4872812
This traditional bakery has been baking all sorts of pastry delights since 1916, and the house special is not properly a cornetto, rather the all-Roman maritozzo, a fragrant oblong brioche slit open and smeared full of freshly whipped cream. It doesnìt get much more Roman than that. 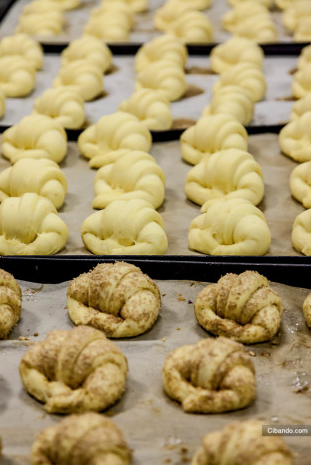 Cristalli di Zucchero - Via di San Teodoro 88 - Tel. 06 69920945 - Open Mon-Sun 12.30pm-3pm
This is a routine stop before (and sometimes after, too) hitting the Mercato di Campagna Amica near the Circus Maximus. Nice cornetti baked to perfection with natural starters and no chemicals or additives, as well as other sinful bakery goods. And for those who appreciate, even macarons.

Pasticceria Romoli - Viale Eritrea 140 - Tel. 06 86324845 - Open Tues-Sun 6am until late
This bar-pasticceria (cafe and bakery) proverbially provides the northern suburbs with very good cornetti and similar baked goods, with a variety of fillings which may include classics like pastry cream, chocolate and jam; or the more exotic coconut cream, pistachio spread or fresh berries, apple and cinnamon, and other seasonal fruit fillings.

Palombini - Piazzale Adenauer 12 - Tel. 06 5911700 - Open daily 7am to midnight
I hardly make it to EUR – one of Rome's most modern and unique Fascist architecture neighborhoods – but when I do, Palombini is always a must: they roast their own coffee beans for espresso, and bake some of the best "cornetti alla crema" I have ever tasted.

Il Cornettone - Via Oderisi da Gubbio 215/219 - Tel. 06 5587922 - Open Thurs-Tues 7am-10pm
This is a crowded, noisy cornetto dealer. Cleanliness is not a priority, and the dangerous-looking people smoking out front make you think twice before venturing inside. The only one reason I've included this place in my list is the giant cornetto. A whole 80 centimeters (roughly 32 inches) of custom-filled flakyness.

Cornetteria Cinque 5 Stelle - Via di Tor Vergata 424 - Tel. 06 72633035
This bakery is open 24/7 and churns out 50,000 cornetti a day, plus the usual krapfen, classic pastries, cakes, mini pizzas and other savory treats for those of the less sweet persuasion. 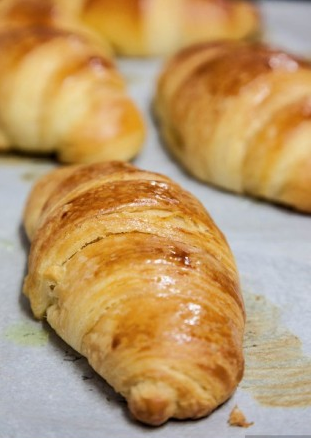 Zozzone a Centocelle - Via dei Ginepri 16 - no phone
As one of the inner city's most popular late night hangouts, this bakery is always crowded, and impossible to park by. Blame their evening production of cornetti and brioches filled with Nutella and whipped cream. Stop drooling and read on.

Caffe Giuliani - Via Volturno 58/60 - Tel. 06 4455443
I learned of the artisan croissants, cornetti and other flaky goods baked fresh daily in this place when I was still working in the film business. We were shooting a very long and difficult scene for the movie The American (the scene never made it in the movie, ending up on the cutting room floor) and in between set-ups I perked up with numerous cornetti and espressos.

Addendums and suggestions. The first is by friend Katie Parla:
Pasticceria De Bellis - Piazza del Paradiso 56/57 - Tel. 06 68805072
I visited the bakery for the first time yesterday, and I confirm Katie's vote: in addition to the awesome deserts and pastries, the cornetti are truly stellar as well.

On the same day, I stopped by Antico Forno Roscioli, on Via dei Chiavari 34, and – besided tucking into some of their artisan panettone – I also sunk my teeth in one of their cornetti. Did not regret it at all.

My latest obsession is Le Levain in Trastevere, just off Piazza San Cosimato. All-French boulangerie bakes baguettes and all manner of cakes and desserts. But the croissants and pain-au-chocolat are what draw me the most. As if I needed another reason for wanting to live in Trastevere...