"Why is it called mozzarella di bufala?" I get asked this by non-Italians a lot. My answer always surprises. "Because it's made with the milk of the buffalo". After a long silence I explain that the bovine in question is the water buffalo, not bison. 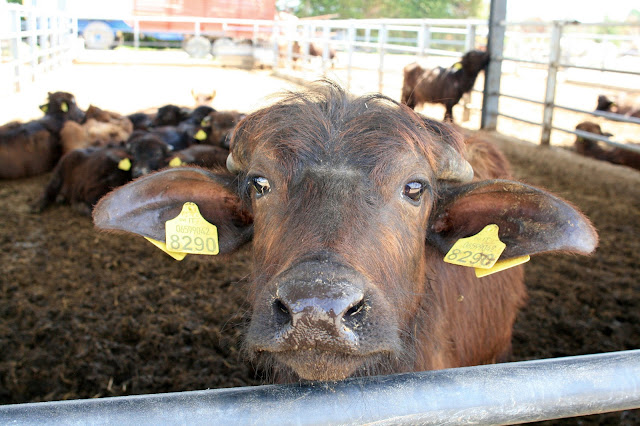 There are many––often conflicting––theories about how these gentle animals got to Italy from India. The theory I find more believable is that the introduction occurred during the Norman period in Sicily, where the animals arrived on ships towards the end of the 10th century during Saracen and Moorish invasions. In the period between 1189 and 1266 they slowly migrated to the current breeding areas. What's evident is that the buffalo, with its large, flat hooves and penchant for loose, muddy terrains, thrived in the southern regions' marshy low lands. 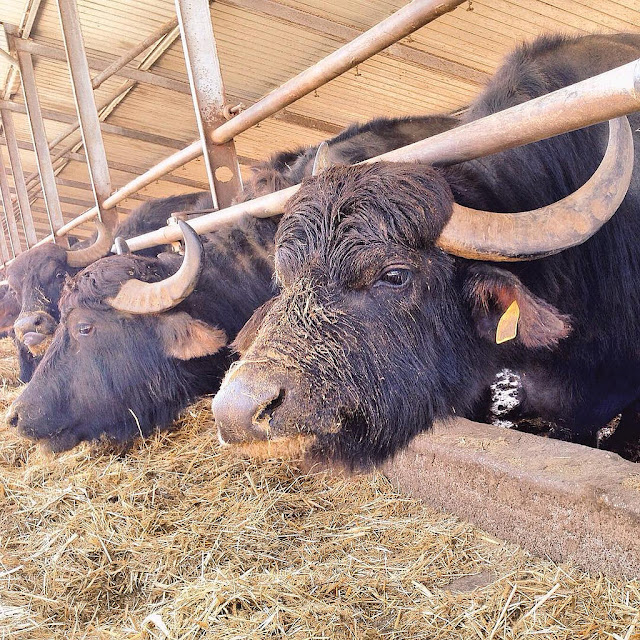 There is so much more to say about one of my favorite cheeses! That's why I'm sharing the knowledge acquired over the course of 3 years spent roaming around Italy reporting on the country's best, lesser known and most rare cheeses for my TV show ABCheese.

I'll answer the questions I get asked most frequently on the cheeses of Italy in a brand new blog series called "Cheese Q&A" Please feel free to add your mozzarella di bufala questions in the comments section below! 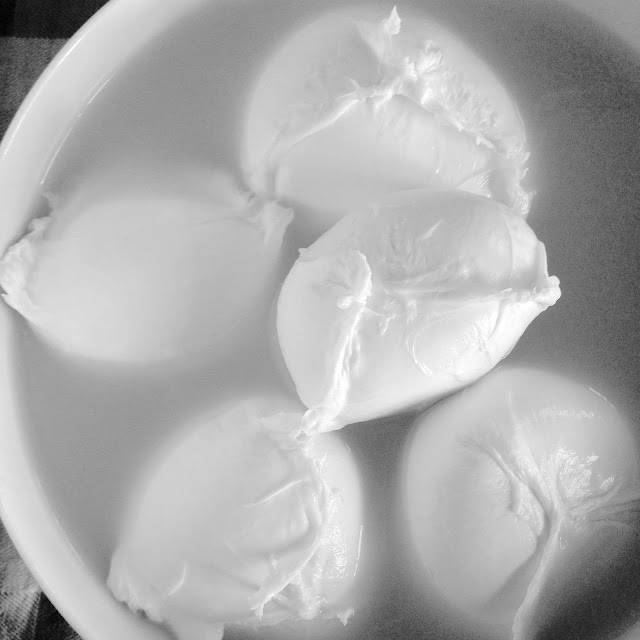 What is the history of mozzarella di bufala?

The first historical documents dating back to the 12th century, when the Normans controlled southern Italy, state that the monks of the San Lorenzo monastery in Capua used to offer "mozza" or "provatura" to the visiting pilgrims. The modern term mozzarella appeared for the first time in 1570 in a cookery manual by Bartolomeo Scappi, Renaissance chef of the papal court under pope Pius IV (Medici) and Pius V. 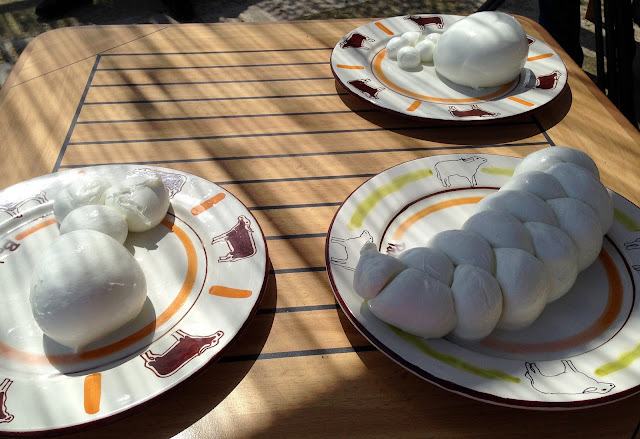 Where is mozzarella di bufala produced in Italy?

How is mozzarella di bufala made?

It takes 4,5 liters (that's a little over a gallon) of water buffalo milk to make 1 kilo of mozzarella di bufala. To turn that gallon of white gold into the milky ball of happiness that is mozzarella di bufala, cheesemakers have to turn the fatty liquid into solid, in a complex operation. The 2-hour old raw milk is first of all cultured, meaning lactic acid bacteria is added at the beginning of the cheese-making process to convert sugar into acid, which coagulates milk proteins. 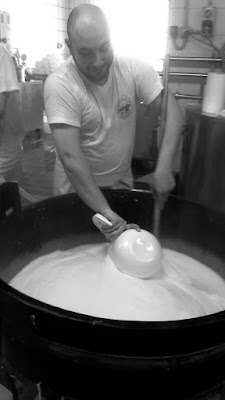 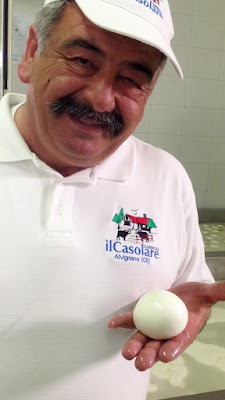 Once the milk is curdled the cheesemakers break the mass and obtain curds. The curds are then left to soak in the whey to acidify further, after which is my favorite part of production: the magical filatura (i.e. spinning) phase. Slowly adding boiling water the curds are stretched and spun by the mastro casaro (master cheesemaker) in large inclined wooden tubs. Using a special bowl and a stick, he turns the ugly tofu-like curds into a large snow white, satiny mass of hot mozzarella. Very quickly the large mass is portioned and severed (in Italian this verb is "mozzare") by two or more cheesemakers facing each other, who with their bare hands cut off different sizes from larger sections, either in the classic 200-gram ball, 50-gram bocconcino, small bite-sized ciliegine or the large braided treccia, and then dropping them in a cool salt bath. 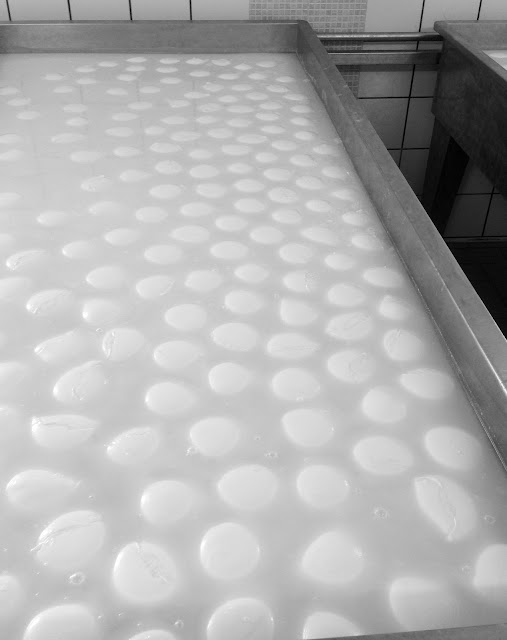 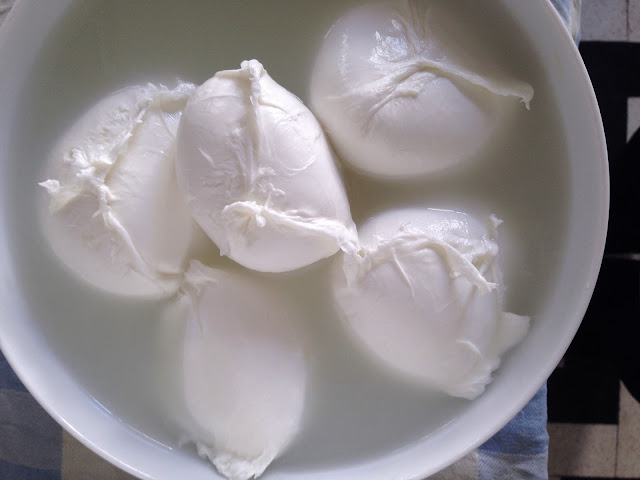 The idenifying mark of bufala shaped by hand and not by a machine is a clearly visible 3-point "scar" on the surface of each mozzarella. Just a few hours after soaking in the salty brine, mozzarella di bufala is ready to be eaten. 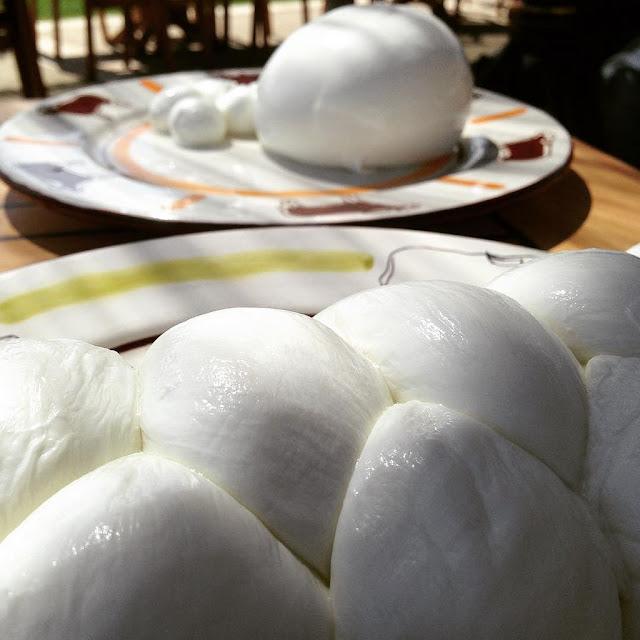 The taste is lactic (milky), a hint of hay and a wild, slightly acidic twang. The light creamy and almost sweet taste contains barely a hint of salt. The texture is rich, creamy and oozingly delicious...with twice the fat of cow's milk, fresh mozzarella di bufala has plump, bulbous consistency that weeps sweet, rich, grassy whey when bitten into. The experience can only be described as sensual. 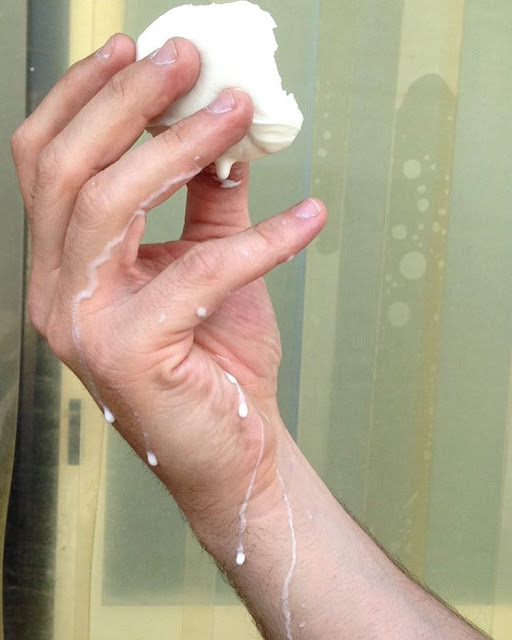 I believe the best way to enjoy bufala is eating it with your hands: biting into it, whey dribbling down your chin. It's equally satisfying plated alongside ripe heirloom tomatoes, fresh basil and seasoned with only a thread of extra-virgin olive oil––the magical caprese salad. 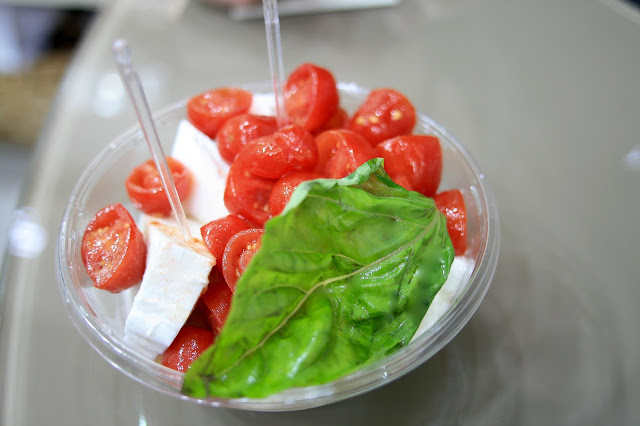 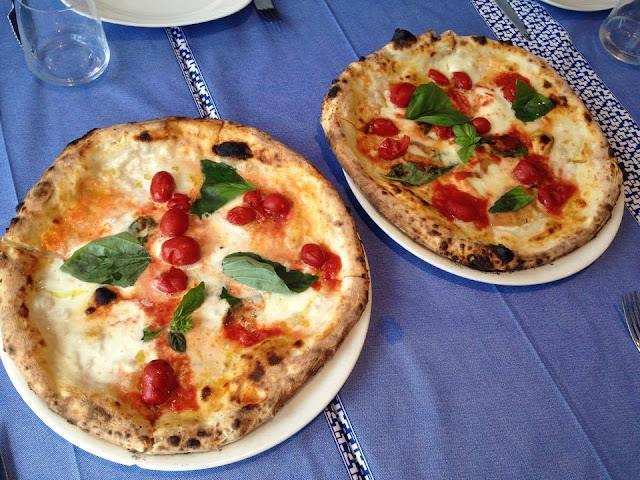 I also love to add it raw, ripped in messy swaths, on pizza, pasta, vegetable dishes and salads. Sliced and sandwiched between slices of crusty bread with sautéed greens, or with prosciutto, or even better: paired with blistered shishito peppers. Day-old bufala is perfect for mozzarella in carrozza fried sandwiches. 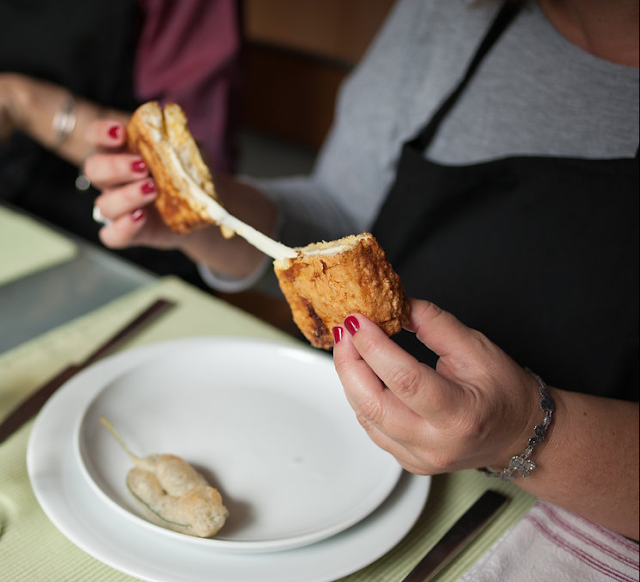 Would you like to know more on the topic of mozzarella di bufala? Read this article Tasting Mozzarella di Bufala Straight from the Source