Will travel for cheese

If you've been reading this blog for some time, you're already familiar with the strangely obsessive relationship I entertain with cheese. 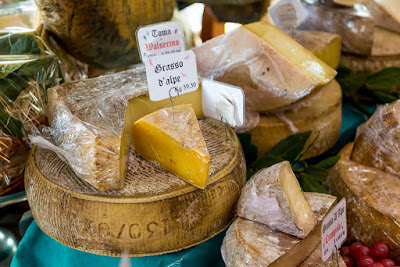 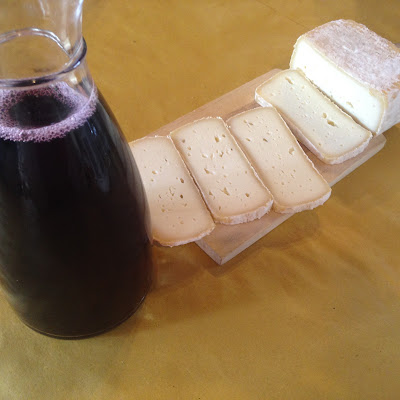 I have written many articles on this blog on the topic of my beloved dairy:
For the past 6 years I've been leading gourmands and Italy-lovers on food-themed city walks, and six months ago I launched a independent travel company with two other partners. Many of the adventures I lead revolve around cheese. 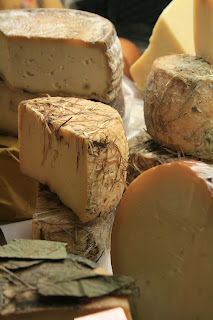 Over the course of the almost 7 years of blogging and food-writing, I have discovered that many of my readers and followers share my same cheese fetish. This means what I write about resonates, and that's a good thing. Did you know that casein, the main protein present in milk and in cheese, is addictive? That explains a lot!

Other good cheese-related news came early this spring when the pitch of a TV show I co-authored received a green light. And when I say co-author the show I mean that I also star in it. Guess what the topic of said show is? You guessed it.

The show has been taping for the past four months all around Italy. Episode 1 premiered on November 12 on Italy's prime food network Gambero Rosso. It airs every Thursday at 9:30 p.m. (competing against big TV shows like X-Factor) on SKY, the Italian digital satellite broadcasting service. We still don't have definite numbers for the ratings, but people have begun recognizing me in the street. I say that's a pretty good sign the show's being watched.

The show is called ABCheese (in Italian this wordplay works better because we start the alphabet 'ah bee chi'). Not much fiction (other than the fancy sponsor car I drive) – as I play myself: a food writer who's in love with cheese, and is dedicated to traveling around Italy in search of the country's best, most famous, but also more obscure, lesser known and ultimately most delicious cheeses, on the basis that "I have to try them all". 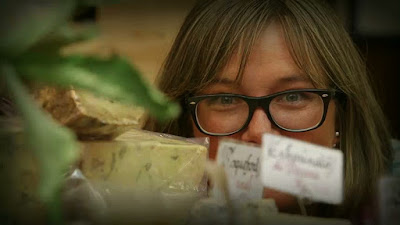 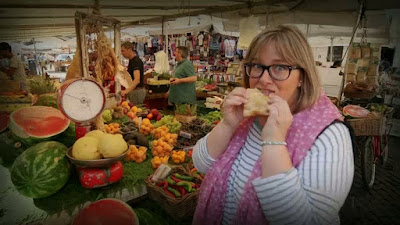 When I first started writing and teaching about food, the idea of a book immediately took shape, but nobody knew Aglio, Olio e Peperoncino, back then I had very little visibility and investors were justly skeptical. I remember how one big cookbook publishing company, turning down the manuscript, told my literary agent back then, "Unfortunately she is still a 'nobody', she should get a food show gig before we consider her."

Well, it only took a few years of hard work, hundreds of articles published, thousands of Likes and accolades, awards and the firm will to succeed... and here I am. Thank you! I owe it all to you, my loyal readers, who have always supported my writing and put up with my inconsistent updates and my cheesy slant. 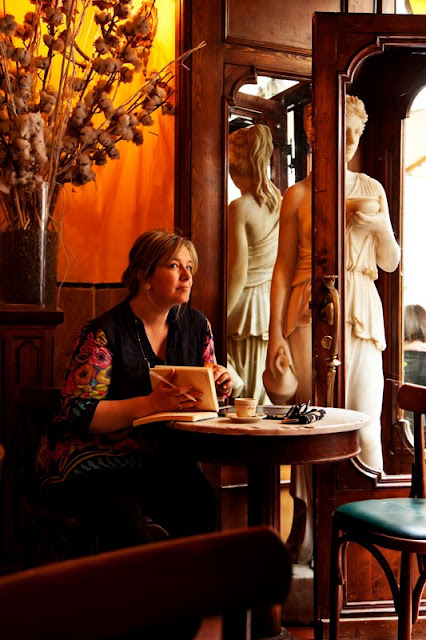 The majority of my readers is overseas, where SKY Italia satellite TV does not broadcast. While waiting for new episodes to be streamed online and become accessible to a wider public, here's an episode a fan uploaded. There are no subtitles and it's all in Italian, but see this as an opportunity for linguistic practice. And to see me eat lots of cheese.