Piadina, or piada is a 10-inch round, unleavened wheat bread typical of the Romagna end of Emilia-Romagna. All along the coastal towns of the Adriatic, small kiosks dot the waterfront. These piadinerie bake and serve piada express and fill it with the selection of your choice at every hour of the day, 24/7. After crazy clubbing and beachfront dancing, nothing beats hot dribbly piadina eaten standing up, while watching the sunrise.

When piadina was a poor man's meal, it was flattened with a rolling pin, placed on a low-rimmed terracotta plate (whose shape is rather primitive) and cooked on burning hardwood coals. Modern day Piadina is still affordable and filling, but baked on a hot metal griddle or heat resistant stoneware. A small miracle happens when water, flour and a drop of lard become piadina. 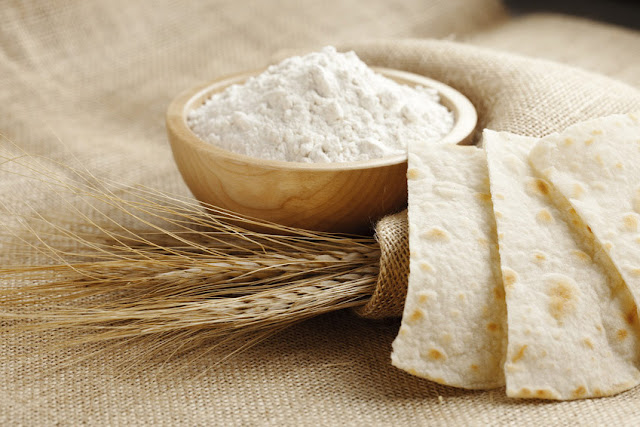 Piadina lovers know that it's virtually impossible and perhaps even wrong to establish a definitive recipe. There are too many local variations from family to family to determine the exact formula. It may have many different ways of making, but there are some set limits. The thickness, for instance: it cannot be flatter than the piadina made in Riccione or thicker than the one made in Forlì. Whatever the case or town, I have never had piada thicker than 2-4 millimeters (1/8"). More importantly, you should not skimp on the filling and the actual piada must be well cooked.

One more item of common piadina knowledge? It must be eaten no more than three minutes after cooking or else it will lose its unequalled fragrance, and assume the texture of shoe leather.

Do you want to try making some piadina? Assemble 2.2 lbs unsifted flour (yes, unsifted); 1/2 teaspoon baking soda, 1/2 cup of lard and a pinch of salt (if the word 'lard' wrongfully freaks you out, go with half a glass of extra virgin olive oil, but the result will not be as the original).

Add some water to obtain a rather firm dough. Divide the dough into individual balls the size of an apricot, flatten each with a rolling pin into a 10" disc and cook on a large skillet with no shortening. Turn until spotty on both sides, poking the bubbles that will from as the heat cooks the dough through with the tines of a fork. Done.

Now stuff it quick, before it gets cold. 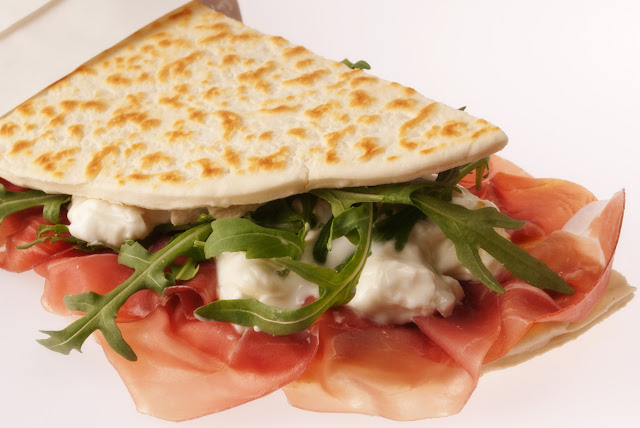 Piadina's large circular disk shape, speckled brown by the heat, is crumbly, yet tender with a very delicate flavor. It is usually folded over and stuffed with mouthwatering barbecued sausage and sautéed onions, or good local assorted cured meats, but the classic filling is silken slices of prosciutto di Parma, peppery arugula and messy dollops of squacquerone (a soft white and wobbly cheese). When not in season, the arugula is substituted with garlic sautéed greens (locally called erbette). There are lots of other interesting fillings according to which part of Romagna you are visiting, the one variable that remains the same is a large glass of Sangiovese di Romagna.

Tigelle, otherwise known as crescentine, are the typical muffin-type flat bread native to the Modena Apennine area of Emilia. Tigelle are the region's smaller counterpart to Romagna's piadina. Prepared with the same basic water, yeast, lard and flour dough, the 3" flat, round disks were once baked on terracotta molds sometimes lined with chestnut leaves, in a wood-burning oven. Nowadays they are made with a tigelliera, a waffle-type iron that is used over the stove. I own a flower-shaped cast iron tigelliera that roasts 7 buns simultaneously. 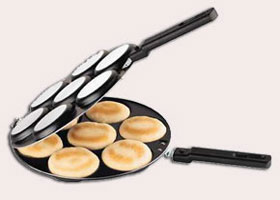 Baked tigelle are sliced open and slathered on both insides with a wicked pesto called cunza di Modena, a delicious vampire repellent smear made with crushed garlic, rosemary and rendered pork lard, then dusted with Parmigiano and assembled like a regular sandwich.

A recent fad has seen tigelle daubed with marmalades and chocolate spreads, a highly frowned upon practice among fundamentalists.

If you're traveling anywhere between Modena and Bologna, chasing a fire engine-red Ferrari along country roads and you suddenly feel the urge to slow down and stop for a bite to eat, any trattoria along the way will welcome you with a steaming basket of complimentary tigelle. Be sure to wash down this celestial antipasto with some sparkling crimson Lambrusco. 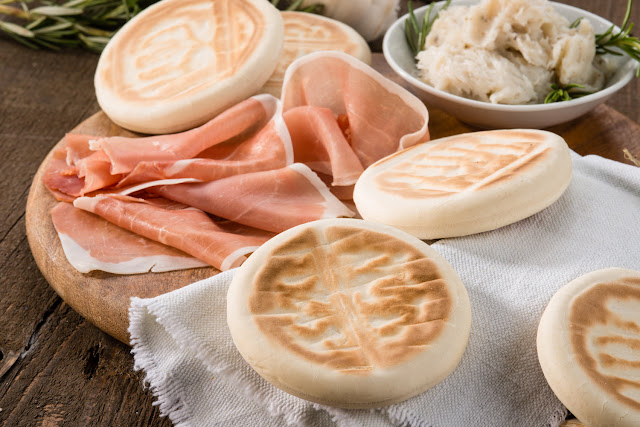 I guarantee you'll get a clear glimpse of why darling Emilia-Romagna is commonly associated with the sensuality of its women and a profound gourmand philosophy.

Remind me to tell you about borlengo next time...
Images courtesy of dettoefatto
Pubblicato da Eleonora Baldwin