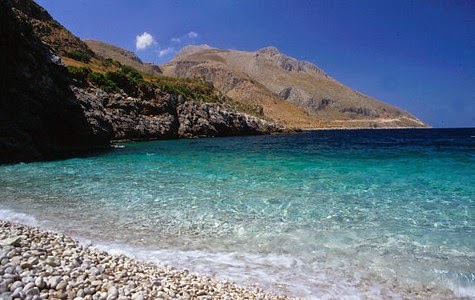 I am in love with an island. Sicilia is her name. A natural museum of art and culture between sun and sea.

Tears of lava, limestone plains swept by the wind, sunny lands the color of bronze, a sea perennially the color of sapphire, home to dolphins and swordfish. And a people of unmeasured hospitality and creativity. 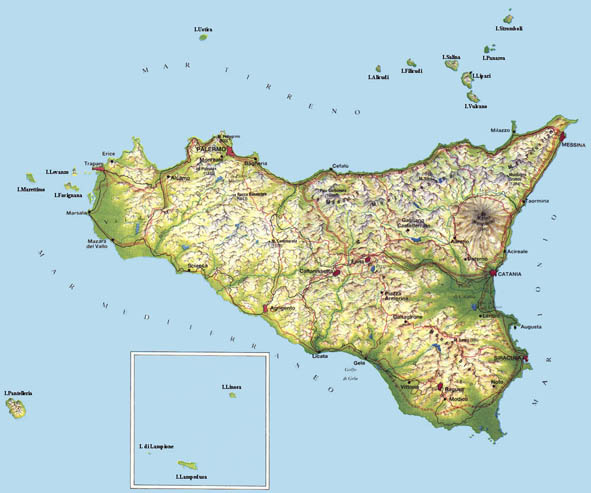 At least once in a lifetime, one should visit Sicily. To see, to learn, to enjoy, to savor what has enchanted all those who have ventured through its expanses in the past four thousand years. And to dream. Rove the archaeological parks of Piazza Armerina, Agrigento or Selinunte; witness the sunset in the Greek theater at Taormina or from the ruins of Megara Hyblaea. Swim in the sea of the Eolian archipelago, or in Camarina, knowing that buried under the sand lie the relics of ancient ships.

And to sail along the coasts witnessing dawns and twilights, while the coast stretches out before you with its monstrous architectural horrors, which can be pardoned only by the sudden appearance of a temple or twin columns still standing on a coast that is sometimes unspoiled.

In the Sicilian language, behavior, food, and religion – its people carry fragments of Greek culture, but also Roman, Byzantine, Muslim, Norman, Angevin, Aragon, Catalan… Each of these has left a mark, architectural traces, masterpieces of art, transforming the island into a unique open-air museum. 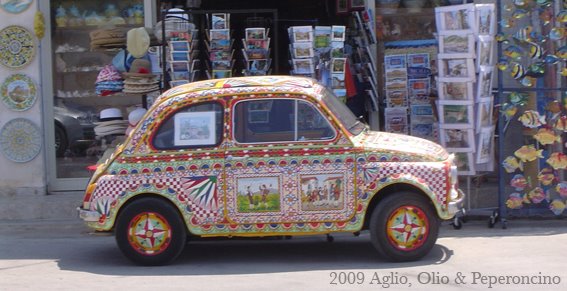 Rather than a cultural residue, la cucina Siciliana is the most resistant trait of a whole culture. The dining table is the place where the many different civilizations that have passed through the island come together.

Sicilians are masters of cooking eggplant, and their island home is the source of countless other delicious and interesting ways to prepare it. The queen of popular cuisine, caponata, for instance–which is the aubergine appetizer/side dish served as a sweet and piquant sauce–was originally created in the kitchens of the courts of pre-Islamic Persia.

Today, I will be sharing another eggplant recipe from Sicily, one that I am particularly fond of: Pasta alla Norma. 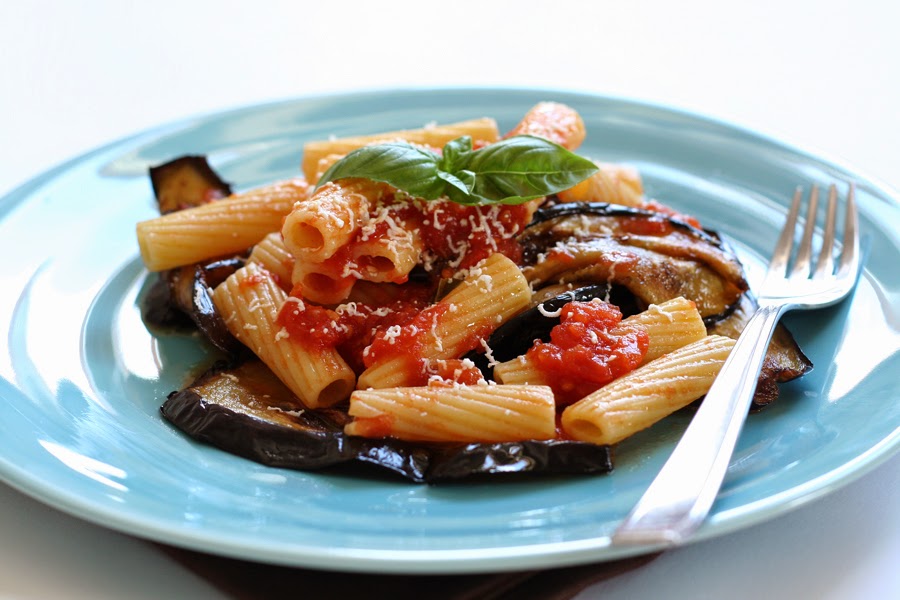 In the past when meat was scarce, eggplant, with its chunky look and meaty flavor, was often used as a substitute. This recipe, named for the opera Norma by Catania-born Vincenzo Bellini, is quintessential Sicilian home style food. Here's what you need to make your own:

Cut the eggplants crosswise into slices 1/2" thick. Make a layer of slices in a colander and sprinkle with salt. Continue layering and sprinkling with salt until all of the slices are used. Top with a plate and a heavy weight, such as a pot. Place the colander over a bowl or in the sink. Let this stand for 1 hour to drain off the aubergines' bitter juices. Rinse off the salt and dry the eggplant slices with paper towels.

Tip: Salting the eggplant slices draws out their bitter juices. If the eggplant is very fresh, this step is not essential, but if you are unsure about their provenance, it is a good habit against a disappointing dish. Ricotta salata is a salted, pressed form of goat's milk ricotta.

In a large frying pan over medium heat, pour in 1/3 cup of olive oil to a depth of approximately 1/2". Add enough of the eggplant slices to make a single layer in the pan. Fry the slices, turning once, until tender and lightly browned on both sides, about 8 minutes total. Transfer to paper towels to drain. Repeat until you've used up all the remaining slices.

In another very large saucepan over medium heat, sauté the garlic in the olive oil until tender, about 5 minutes. Add the tomatoes and season with salt. Reduce the heat to low and simmer, uncovered, until thickened, about 20 minutes. Remove the tomato sauce from the heat. Cut the eggplant into strips and stir them into the sauce along with the basil.

Meanwhile, bring a large stockpot of lightly salted water to a rolling boil over high heat. Add the pasta and cook, stirring frequently, until very al dente. Put the tomato and eggplant sauce back on the stove over medium heat.

Drain the pasta and pour it into the simmering sauce. Stir in some cheese and blend well by stirring and one-handed swooping in chef-like manner. Top with more grated ricotta salata cheese, torn basil leaves and serve immediately.