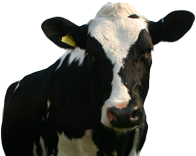 The slogan reads something like, "Between the cow and you, stands only a bottle." Before Louis Pasteur brought us one of the 20th century’s biggest breakthroughs, raw milk is all we had. Protein, enzyme and fat-rich milk from cows has been a staple for many pastoral cultures.

A growing number of pediatricians, nutritionists and eco-minded dairy lovers are embracing that ancient, frugal pioneer stand by turning to raw milk on tap.

Advocates rely on the untouched dairy’s nutrititive properties. Milk that has been pasteurized is subjected to a short burst of heat followed by rapid cooling; raw freshly-drawn milk is not treated with heat, thus causing vitamins, Calcium, proteins and creamy flavor to remain intact. Raw milk is also said to retain precious beneficial bacteria, proteins and enzymes that aid in digestion, which are otherwise lost in pasteurization.

In addition, the raw milk alimentary trend provides adequate remuneration to breeders and convenient prices for consumers (the current price for a liter, approximately 1 quart of raw milk, is 1.20 €Euro as opposed to supermarket sold industrial milk, which costs €1,50 to €2,00). The environment benefits from this operation too: fewer food miles between cow and breakfast table, and uses the clients’ own refillable glass bottles, which greatly reduce waste.

Despite the controversy surrounding raw milk, and the claims of correlated pathogens, like E Coli, listeria and salmonella, the demand is expanding among health-conscious city and suburban dwellers for milk consumed straight from the udder.

Here is a list of Rome suppliers:
· Fiumicino-based 3rd generation cow breeder Giuseppe Brandizzi’s Biolà cooperative has an automated dispenser in his Testa di Lepre farm – SS Aurelia Km. 22 – Tel. +39 06 668 9067. All you need are a clean glass bottle, a cooler for transportation and a few coins.

Out of town:
· Albano Laziale, on Via delle Mole
· Anzio, on Via Piccola Cannuccia
· Bracciano, on Via Paolo Borsellino
· Ciampino, Via Mario Calò
· Frascati, on Via Enrico Fermi
· Guidonia, on Via Baracca / Via Maremmana / Viadei Girasoli
· Ladispoli, on Via Glasgow
· Le Vittorie – Via Palombarese, off Via Nomentana in Poggio Fiorito (on the way to the golf course)
· Monterotondo, on Via della Libertà /Via Berlinguer
· Palestrina, on Via Madonna Aquila
· Pomezia, on Via Procula
· Rignano Flaminio, at Mangiar Sano shop on Via San Rocco 23 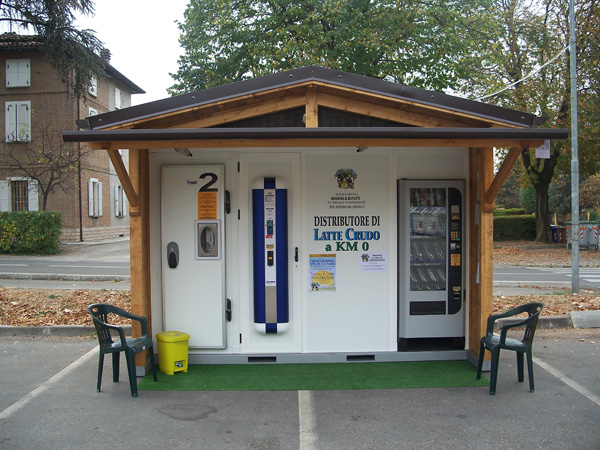