I thought Rome held the record of most varied deep-fried foods. Then I learned about American state fairs.

I found out that in Indiana they like to fry Twinkies, cookie dough, brownies and butter. That in Texas, besides deep frying Coca Cola, it's common to slather fried bacon with chocolate, and eat it on a stick. But the worst was discovering about the Luther Burger: an artery-clogging horror which features a fried black Angus all-beef patty, melted cheese, and two strips of fried bacon, all tucked inside a sliced glazed doughnut. To enhance the sweet-and-savory effect, in some states, the sandwich is served with a side of honey sauce.

For my liver's honor, I felt compelled to retaliate with something more elegant, and still typical of Italy's deep-fry culture. 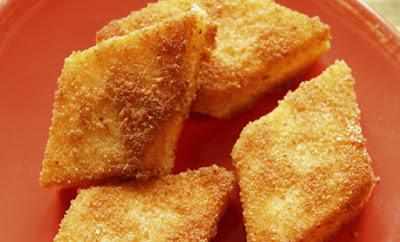 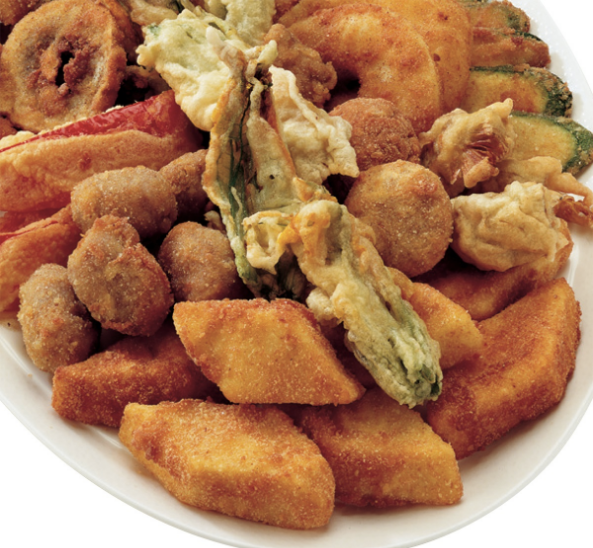 Here is the recipe for crema fritta, the way they make it in Verona:

Put the milk, lemon zest and vanilla in a heavy bottomed pot, and bring to a boil.

In a bowl, whisk together 5 egg yolks, sugar, flour and cornflour. Stir in the seasoned milk in one constant thin stream, stirring with a wire whisk. Move the cream back to the stove and add a pinch of salt; keep the mixture simmering as you gently stir, until it thickens.

Pour the obtained pastry cream in an oven pan lined with plastic wrap, and let it cool completely; during this time it will solidify.

Cut the now rubbery cream in 1-inch diamonds; dip them in the egg whites and dredge with breadcrumbs.

Fry the crema diamonds in piping hot oil a few at a time, turning them until evenly golden and crispy on both sides. Blot briefly on absorbant paper and serve warm. 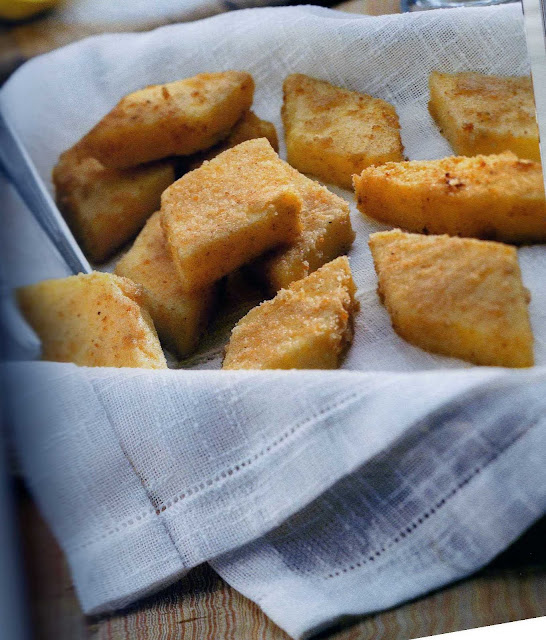