Diary from the set, part IV

Here are 2 more photos I forgot to upload after my return from the recent location shoot.

These were taken at the Medieval Abbey of Casamari, where many scenes from the film were shot over the last 4 days. 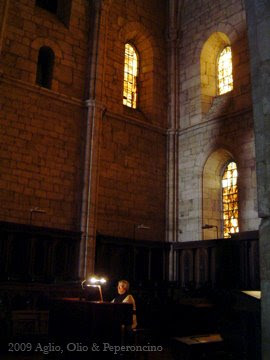 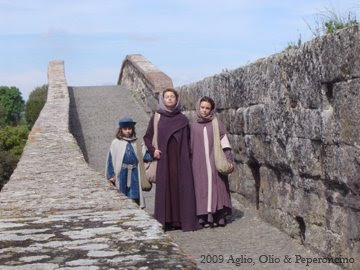 The story we are telling is the interesting life of an Italian poet living in France in the tumultuous times immediately following the demise of King Charles V. The poet's name was Cristina da Pizzano, or Christine de Pizan (1363–c.1434) she - to quote Wikipedia - "was a woman of the medieval era who strongly challenged misogyny and stereotypes that were prevalent in the male-dominated realm of the arts. Cristina became well-known and highly regarded in her own day, she was born in Venice but spent most of her childhood and all of her adult life primarily in Paris and then the abbey at Poissy, and wrote entirely in her adoptive tongue of Middle French. Her early courtly poetry is marked by her knowledge of aristocratic custom and fashion of the day, particularly involving women and the practice of chivalry; her early and later allegorical and didactic treatises reflect both autobiographical information about her life and views and also her own individualized and protofeminist approach to the scholastic learned tradition of mythology, legend, and history she inherited from clerical scholars and to the genres and courtly or scholastic subjects of contemporary French and Italian poets she admired.Supported and encouraged by important royal French and English patrons, Christine had a profound influence on fifteenth-century English poetry. Pizan completed forty-one pieces during her thirty-year career (1399–1429). She earned her accolade as Europe’s first professional woman writer." 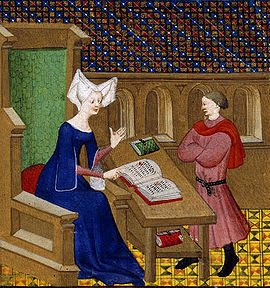 She wrote in defense of the poor, of women and the destitute victims of political oppression and struck a mighty pen at the tyrants of the time. In our romanticized version of history, we have Cristina maintain an epistolary and platonic affair with an ordained prelate to whom she remains a loyal friend until the end, and with whom she co-wrote many interesting essays , one of which on the figure of Joan of Arc. 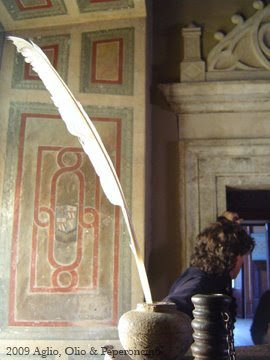 On Friday we wrap our third week of photography and the next three will be on a sound stage in Cinecittà, Rome's leading film studios. I will post photos of the constructions built especially for the film and capture more images of my days "behind the scenes," sharing my thoughts and my days with you.